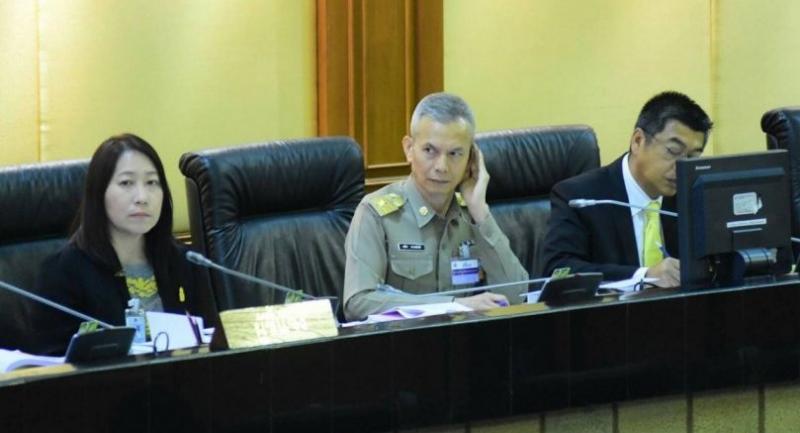 THE NATIONAL Legislative Assembly (NLA) yesterday promulgated the new Sangha Act that authorises His Majesty the King to appoint members of the Sangha Supreme Council to govern the Thai Buddhist clergies.

The NLA voted unanimously to pass the law proposed by the Cabinet. The legislation had been pushed forward to reform the monastic community following recent scandals involving senior monks, some of whom also have a position on the monastic council.

Deputy Prime Minister Wissanu Kreangam said yesterday that the government saw that the heart of monastic reform lies in the Sangha Supreme Council. In the past, the council’s members were prelates, considered suitable due to their seniority, he said. However, most of them were at an advanced age with health issues and were unable to attend the council’s meetings, he said. The issues led the government to consider setting new qualifications and recruitment, Wissanu said. They agreed to give power to the King to assign monks to the monastic council, he said, as was the traditional practice during the reigns from King Chulalongkorn to King Ananda.

According to the law, the King has the authority to give or to take away clerical titles as well as appoint members to the Sangha Supreme Council.

The council is comprised of up to 21 members, with the Supreme Patriarch or Sangharaja as the ex-officio council head. The King can choose up to 20 other members to sit on the panel, the law states. The King can choose from among the prelates or any monk with years of monkhood and credentials appropriate to rule the monastic community, and may consult with the Sangharaja about the appointment, according to the law.

The council members are appointed to a two-year term by the King with the possibility of re-appointment. They can leave the office by death, departure from monkhood, resignation or at the discretion of the King.

Paiboon Nititawan, a former member of the National Reform Council overseeing the monastic reform, told The Nation yesterday he was satisfied with the new law, which he said could be a solution to the corruption issues now plaguing the monastic world.

The members of the Sangha Supreme Council had been a root cause of all these issues, he said.

They had been involved in scandals, including conflicts of interests and nepotism, Paiboon elaborated. By replacing them, along with a change in the entire selection process, meaningful reform of the Sangha could be brought about, he added.

“Other changes might not be enough on their own to resolve the problems,” he said. “The new council members now will have a limited term and they will be selected from monks with credentials. I believe they will be able to rule the Sangha with efficiency.”

Other complications within the monastic world would be fixed later, after the new council took office, Paiboon said. This included the appointment of abbots and deans across the country previously tied to a patron-client system, he said, adding that he believed the new council would write up new regulations that could bring about changes.