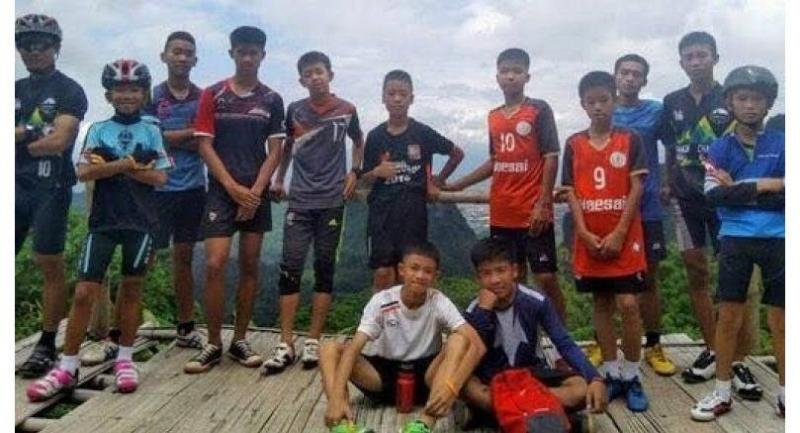 Divers have entered Tham Luang Cave to begin the hours-long operation of extracting at least some of the 12 young footballers and their coach trapped inside for more than two weeks, the mission chief said on Sunday.

Narongsak Osottanakorn said the assignments were issued at 10am and the rescue was to begin as soon as possible, with the first of the youths expected to emerge around 9pm.

“Today is D-Day,” he said. “The boys are ready to face any challenges.”

Much of the route to the location where the boys and their coach were found last Monday has dried significantly, Narongsak said, though more rain is forecast.

When the search began, most of the accessways inside the cave were underwater.

It was unclear how many of the group will be extracted on Sunday. Earlier reports indicated that only those who were “100 per cent strong” would be brought out and reports today put the number at just four boys.

Narongsak said the boys and their coach would dive out one at a time, each accompanied by two members of a team of Thai and foreign divers.

News media and everyone else not directly involved in the operation were ordered to leave the area near the cave entrance to clear access for the evacuation operation.