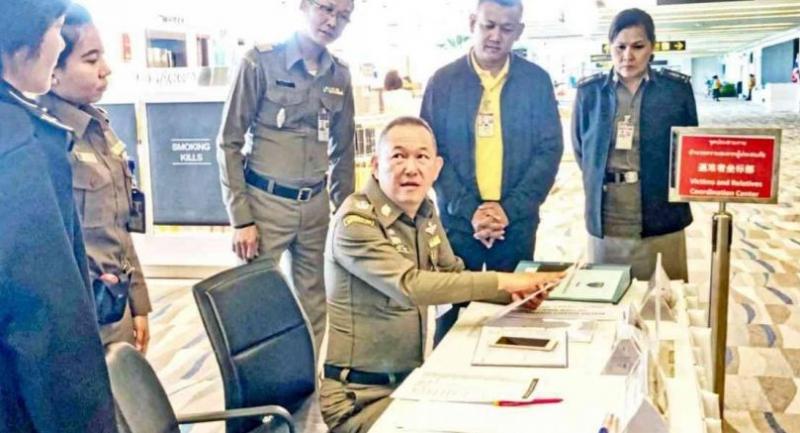 A centre has been set up to ensure a smooth flow of information and help for tourist victims and their relatives after two boats capsized near Phuket on July 5. The centre is located at Phuket International Airport on orders given to immigration police head Pol Colonel Supachok Yongstar, and will coordinate operations between the Royal Thai Police and another centre in Phuket.

It is preparing updates about the dead, injured and missing victims, along with other related advice. Chinese-language translators have been engaged. Officials also help navigating arrival-visa procedures and ensuring fast-track checks for departing victims, said Cherngron.

By Sunday morning, 18 victims – who were not injured or suffered only minor physical wounds from the boats capsizing – had returned to their home country, while 78 relatives had arrived in Phuket in hopes of getting updates and being reunited with their loved ones, said Cherngron.

The Immigration Police July 6 waived any penalties against victims exceeding their visa stays. The Phoenix and The Senereta boats capsized on July 5 afternoon while returning from Koh Racha to the island resort of Phuket. While passengers on board the Senereta were safe, serious casualties occurred among those aboard the Phoenix, which carried 93 passengers and 12 crew members.

While 49 passengers and crew managed to flee the sinking Phoenix by jumping into the sea or mounting life rafts, at least 41 people died – all of them Chinese tourists – when the boat went down in rough seas. Another 15 remained missing at sea on Sunday morning.