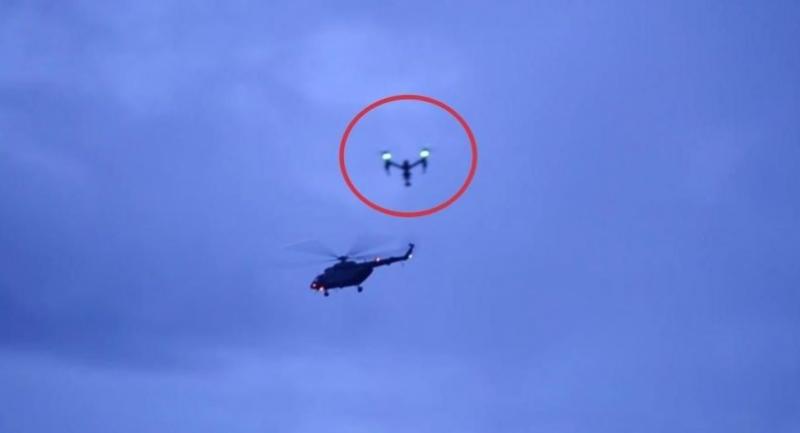 The rescue mission chief on Monday issued a stern warning to the media covering the evacuation of footballers stranded in a Chiang Rai cave after a news outlet was found flying a drone without permission and another outlet reportedly got access to the police radio frequency and broadcast it.

Narongsak Osottanakorn said that both outlets had clearly violated the laws and police were investigating both incidents.

Without identifying the name of the news outlet, Narongsak said: “We understand that flying a drone in the area without permission is clearly illegal. A news outlet still flew the drone despite our asking for their cooperation.”

The mission chief said he was very upset by the behaviour but said it was the action of an individual outlet, not all media.

Pol MajGeneral Chairat Panngao, the regional deputy commander, said the drone in question flew at the same time a helicopter was taking off with one of the footballers.

“That was not appropriate. Even if they had the permission, it did not mean they could fly where ever they wanted,” he said.

During an inspection, police found a second drone flying in the area.

The Thai Air Force, meanwhile, reiterated that the flyer of the drone in question did not have a licence.

PPTV station issued an apology for flying the drone at the same time when the helicopter was taking off to a hospital.

Although the station’s editorial department had no intention to violate the regulations issued to cover the rescue operation, it acknowledged its mistake and apologised if its action had impacted the operation in any way.

The department also stressed that there would be no more such incidents.

Narongsak added that another news outlet had got illegal access to police’s frequency, listened it and broadcast it live.

Their report, based on illegal access, mentioned that six of the young footballers were evacuated on Sunday despite the fact that only four were.

We have to repeatedly answer the public’s queries about the exact number of boys extracted from the cave.

“Police are now investigating the incident and searching for those involved in the action,” he said.

Chairat said that a special technique was used to access the police radio frequency. “This will be my last request to everybody not to do it. What we are doing now is for the sake of the Mu Pa team members.”

He requested the media outlets to stop competing to get better photos and reports and to use news and photos provided by the rescue authorities.