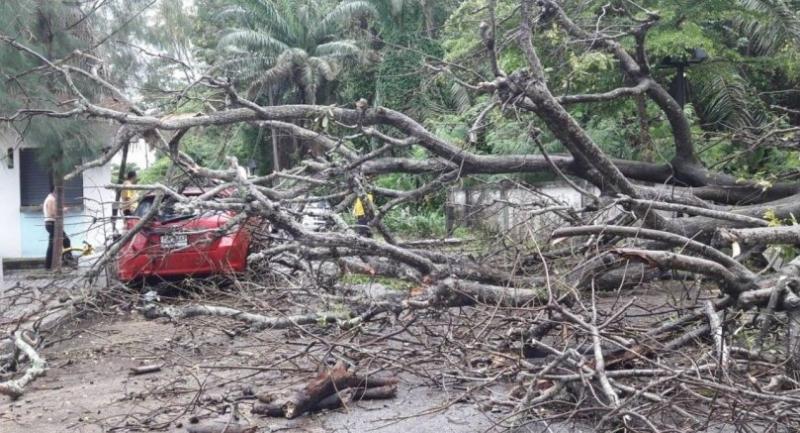 Two power cables were brought down on Koh Sirey on Monday after heavy rains around the island.

“Small boats should stay ashore as strong winds and waves are expected, up to 4 metres high,” the agency said. Persistent rain has continued since this morning. Many boats did not leave port due to strong winds and waves.

Strong winds brought down two power poles on Koh Sirey, to the east of Phuket Town. Trees and a power pole fell on two cars, but no injuries have been reported. Officers and rescue workers were helping to cut and remove the trees, which have been blocking the road, while Phuket Provincial Electric Authority officers were fixing the power poles.