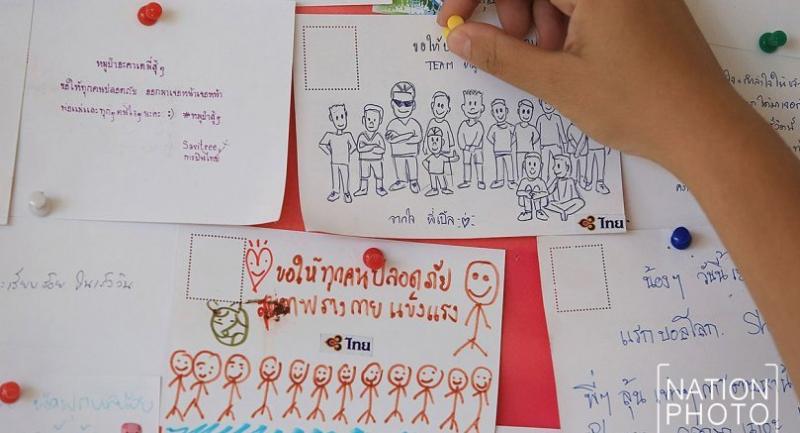 Hundreds of postcards have been sent to give moral support to the members of Mu Pa Academy football club, who have been trapped in the Tham Luang cave in Chiang Rai’s Mae Sai district since June 23.

One outstanding postcard predicted which team would win the ongoing World Cup in Russia. The postcards, estimated at more than 1,000, were sent from all the regions of Thailand. They offered support not only for the Mu Pa team, but also for rescue operation staff including Navy SEALs and the authorities concerned.