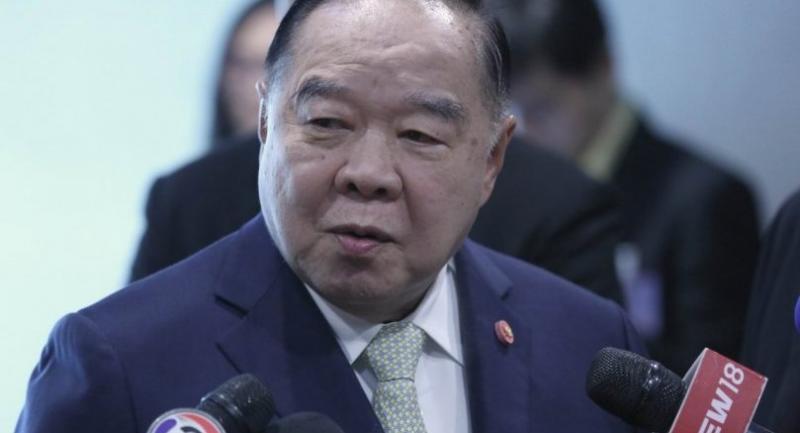 Deputy Prime Minister General Prawit Wongsuwon on Tuesday offered an apology for a comment about Phuket’s boat tragedies. “If my words offended you, I would like to apologise,” he said.

He spoke after his earlier comments had reportedly whipped up a storm of criticism on China’s social media.

Last Thursday, two boats sank in the sea off Phuket causing more than 40 deaths and leaving several tourists unaccounted for. Most of the victims came from China.

Following the incident, Prawit said Chinese operators violating laws and causing harm to their fellow Chinese were to blame.

Prawit yesterday said he made the comment after receiving a report suggesting it was true.

It was reported that the boats, very likely operated by tour companies belonging to Chinese investors via Thai nominees, had ignored a safety warning and ventured out to sea under rough conditions.

As of yesterday, some of the victims remained unaccounted for despite all-out search efforts.

“Please do not mix things up. We offer assistance to victims. That’s one thing. But we will take actions against law offenders. That’s the other thing,” Prawit said.

He elaborated further that while the government has extended sincere condolences to Chinese people over the boat tragedies and will provide full help to the injured or deceased victims, Thai police would need to take actions against those responsible for the fatal incidents.

“An investigation will continue to dig deep into why these two boats left the shore despite the warning,” he said.

“I think the comment will not affect the relationships [between two countries],” he said.

Don also pledged that relevant authorities would also learn from the recent boat tragedies and prevent such incidents from recurring.