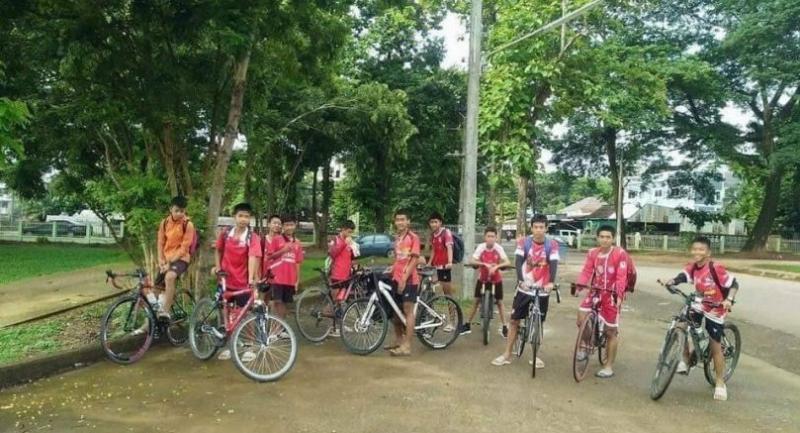 The 11 th member of Mu Pa Academy football club emerged from Tham Luang cave in Chiang Rai on Tuesday while the rescue operation continued to remove a player and their assistant coach out of the cave.

He became the third boy coming out of the cave where he and 12 others Mu Pa members had been trapped since June 23. Remaining in the cave are a team member and Coach Ekkapon Chantawong, 25.

At around 4.30pm, two young footballers emerged from Tham Luang cave on the day 3 of operation to remove the remaining four football players and their assistant coach.

Chief of operations Narongsak Osottanakorn said earlier that authorities expected to remove all the stranded Mu Pa members from the cave today.

The operation that began on Sunday had by Monday night retrieved eight of the 13 Mu Pa members who had been stranded by flash floods since June 23. The ninth boy emerged from the cave at 4pm today and the 10th about 20 minutes later.

They received medical check-ups at a field hospital near the cave and were to follow the same evacuation process as their teammates, taken by ambulance to board helicopter that will fly them to Chiangrai Prachanukroh Hospital.