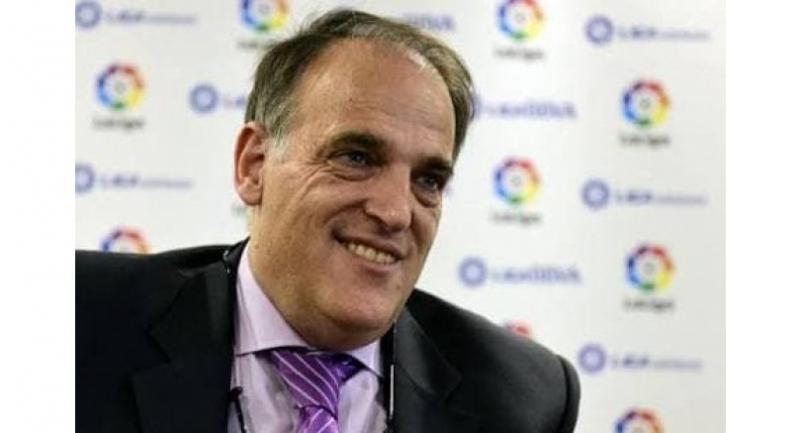 Spain's La Liga football league has invited the schoolboy team rescued from a flooded cave in Thailand to come watch a game once they have recovered from their ordeal to meet their "heroes."

"When the time is right, and everyone involved is ready I'd personally like to invite the children and the coach to attend a La Liga match" in Spain, president Javier Tebas said in a statement Wednesday.

"We'd like to host them and share with them the joy football can give, and I hope this gesture can help after the events of the last few weeks."

La Liga said it wanted the 12 boys and their football coach, who form the Wild Boars soccer squad, to "watch many of their football heroes in action in person."

The boys were trapped for more than two weeks after setting off to explore a cave complex in northern Thailand and getting caught by rising floodwaters.

One of the boys was wearing a Real Madrid t-shirt.

La Liga said it had messaged all its clubs to invite them to participate.

FC Barcelona responded Wednesday it had invited the team to a match at its Camp Nou stadium in April and to take part in a gathering in the Spanish city of more than 2,000 youngsters from the club's football academies around the world.

Football's world governing body FIFA had invited the Wild Boars to Sunday's World Cup final in Moscow, but they remain too weak to come and must stay in hospital to make sure they have no infections.

Two of them are being treated for symptoms of pneumonia.

The last of the group was finally extracted on Tuesday after a painstaking and dangerous international rescue mission led by Thai Navy SEALs.

The boys received support from people as varied as US President Donald Trump, football star Lionel Messi or US technology entrepreneur Elon Musk.