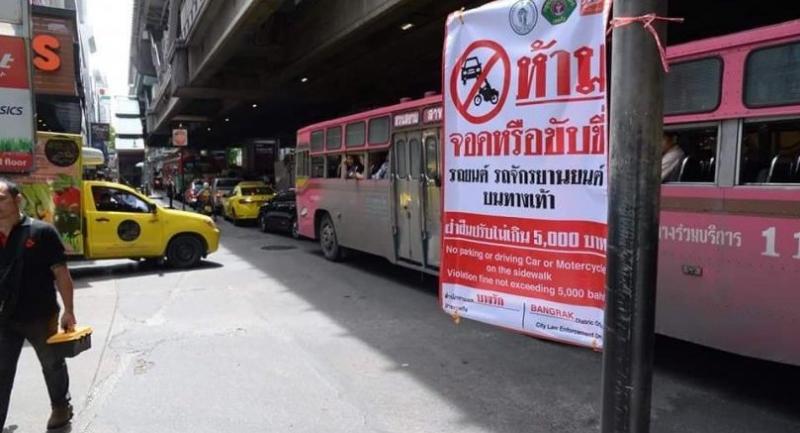 The Bangkok Metropolitan Administration (BMA) has set up 115 checkpoints where “Thesakit” law-enforcement officials are stationed to stop and immediately fine people riding or parking vehicles on footpaths during rush hour.

Bangkok Governor Aswin Kwanmuang said on Friday on his “aswinkwanmuang” Facebook page that the offence was punishable by a fine of up to Bt5,000 under the Maintenance of Cleanliness and Orderliness Act 1992.

The measure follows last year’s announcement that anyone reporting violations of city regulations would receive half the money derived from the fine.

Aswin said the 115 checkpoints were established on the sidewalks where most complaints had been received, chiefly involving motorcyclists.

The Thesakit officials would issue receipts for fines paid and report to a central office at the end of each day so the operation could be assessed and changes made where necessary, Aswin said.

More signs have also been erected saying that riding on the pavement is against the law.