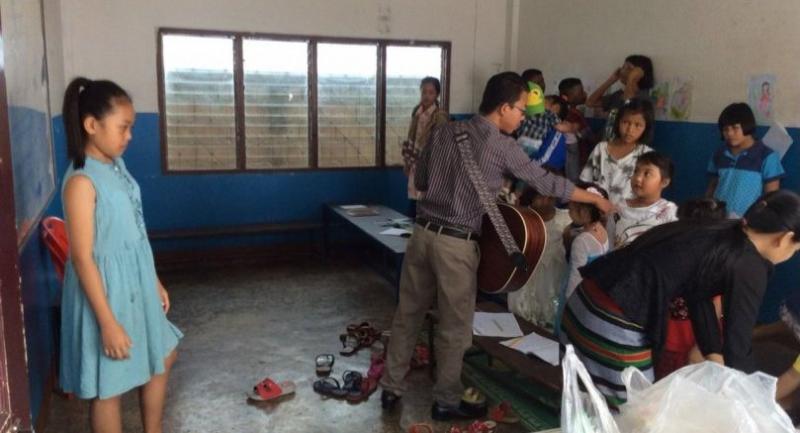 THE CHIEF of Chiang Rai’s Mae Sai district has emphasised that Thai citizenship will be granted based on the law and no exemptions will be made for four of the footballers rescued from the cave who are stateless citizens.

“I understand that society wants the rescued boys to get citizenship. But we have to comply with the law,” Mae Sai district chief Somsak Khanakham said.

He was speaking after news reports said some Mu Pa Academy members were stateless. The 12 footballers and their coach were stranded inside the flooded Tham Luang cave in Chiang Rai province for more than two weeks before a spectacular rescue operation.

Somsak explained that a person is eligible for Thai citizenship when he or she is born in Thailand or born to Thai parents.

Somsak said the four rescued footballers who did not have Thai citizenship were coach Ekkapon Chantawongse, 25, Pornchai Khamluang, 16, Mongkol Boonpium, 13, and Adul Samon, 14.

According to the Mae Sai district chief, the stateless footballers had called on him for help with their citizenship about two months ago. He said he had already offered them advice.

Somsak said he had heard that Ekkapon had already contacted the authorities but had yet to submit all the required documents.

“For children, their parents must be the ones to submit the request for citizenship,” he said.

Somsak said he expected the footballers to officially seek citizenship after they are discharged from Chiangrai Prachanakroh Hospital. The 13 are now being treated and monitored at the hospital.

Meanwhile, Surapong Kongchantuk, director of the Karen Studies and Development Centre, said the citizenship issue of the stateless footballers should be considered on a case by case basis. He explained that the details of their cases differ. “Some of them may be qualified to get Thai nationality but there are some problems, such as the slow approval process. Others may not be qualified at all,” Surapong said.

He pointed out that many children in rural areas failed to get Thai nationality because there was a shortage of officials dealing with the matter.

He said local officials could not cope with the number of applications for Thai nationality, leaving many children stateless even though they were qualified.

“Because of the heavy workload of officials, many children are deprived of their basic rights,” he said.

Surapong said that according to the law, children born in Thailand acquired Thai nationality by blood – when either parent is a Thai – and by place of birth, except in cases where their parents are non-Thai minorities or illegal immigrants.

However, he added that the Interior Ministry had issued orders from time to time, providing exemptions to the nationality law in certain cases, such as children of non-Thai minorities registered before 2005.