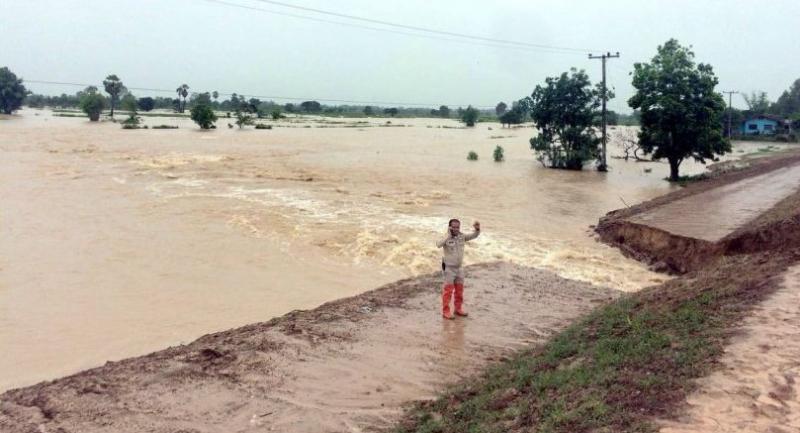 Following days of heavy rains, the swollen Chi poured over its banks to wash away several parts of the Ban Tha Thang Kwian-Tha Yiam road in Tambon Wang Luang.

The road had been constructed on one of the river’s banks to double as a flood levee. Deputy Roi Et governor Chayan Sirimas rushed to lead officials in surveying the damage, with a view to providing help to affected villagers.

He instructed officials to be on standby in case the flooding worsened.