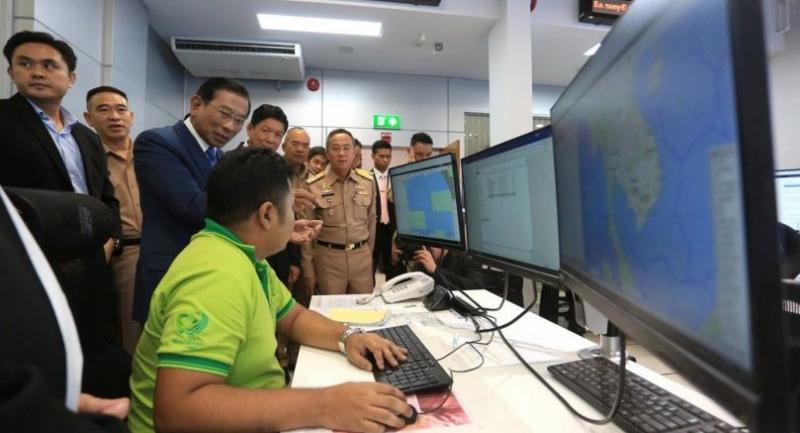 The European Parliament has sent a positive signal about the European Union upgrading Thailand’s status in regard to illegal, unreported and unregulated (IUU) fishing from the current ‘yellow card’ slapped on the country by the EU in 2015, Deputy Prime Minister Chatchai Sarikulya said on Monday.

A member of the European Parliament hinted to such effect during a session to exchange views on IUU with Virachai Plasai, Thai ambassador to the US and head IUU negotiator, last Wednesday, he said.

The Kingdom has attempted to resolve its IUU problems ever since the EU issued the yellow-card warning against the Thai fisheries sector three years ago.

Virachai has updated the European Parliament’s Fishery Committee about the work the country has done so far to improve practices in its fishery sector, the deputy PM said after a meeting on the matter on Monday.

The meeting had endorsed the project to remove illegal trawlers from the sector, he announced.

Under the fishery management plan approved by the Cabinet in November 2015, the authorities will allocate Bt3 billion to buy 680 fishing boats, thus taking them out of the industry in order to enable effective regulation.

The three-phase project will begin with the purchasing of 409 small and medium-sized vessels in the 10-60 tonne gross range by the end of September next year, he said.

Large trawlers will be removed from the sector later.

The project also aims to decrease the overall number of fishing vessels with a view to sustaining resources for the sector, he explained.