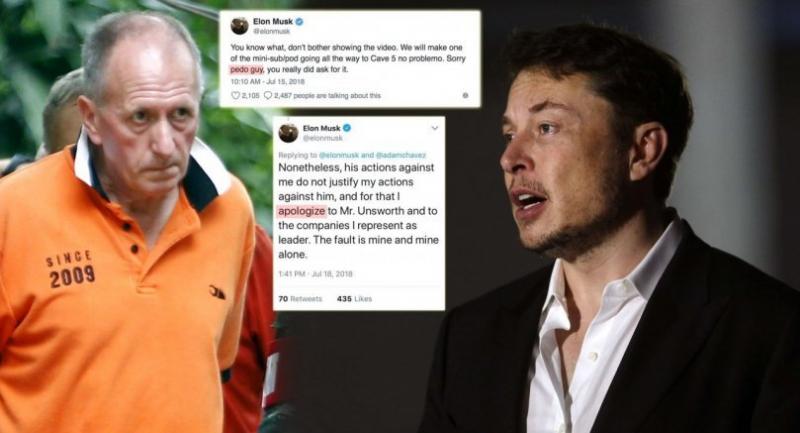 Elon Musk has apologised for calling a British diver involved in the rescue of Mu Pa boys trapped in a cave in Chiang Rai a “paedo.”

He spoke today after facing widespread criticism and requests from Tesla investors to say sorry to Vernon Unsworth who said rescue submarine being built by Musk was a ‘PR stunt’.

In response, Musk described Unsworth as ‘paedo guy’. Unsworth who is still in Thailand has now been contacted by lawyers in the UK and U.S. wanting to represent him.

‘My words were spoken in anger after Mr Unsworth said several untruths & suggested I engage in a sexual act with the mini-sub, which had been built as an act of kindness & according to specifications from the dive team leader. “‘Nonetheless, his actions against me do not justify my actions against him, and for that I apologize to Mr. Unsworth and to the companies I represent as leader. The fault is mine and mine alone. ‘I am truly sorry if I offended anyone.’

Unsworth is among top cave divers who joined the rescue mission for the Mu Pa Academy footballers and their assistant coach trapped inside Tham Luang cave in Mae Sai district.