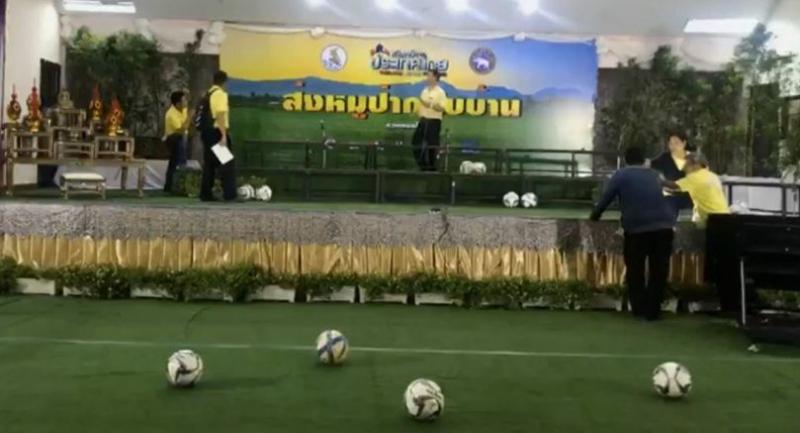 An army of Thai and foreign media members flocked to register for a press conference in which the 13 footballers, who had been rescued successfully from a flooded cave in Chiang Rai, would give an interview on the Thailand Moves Forward programme at 6pm on Wednesday (July 18). Towards the end of the show, journalists may be allowed to ask questions, which would also be screened by psychologists to protect the boys from possible trauma. The Chiang Rai provincial administrative organisation office, which was decorated with a miniature football field and Mu Pa Academy jerseys, was crowded with many reporters and media crews.