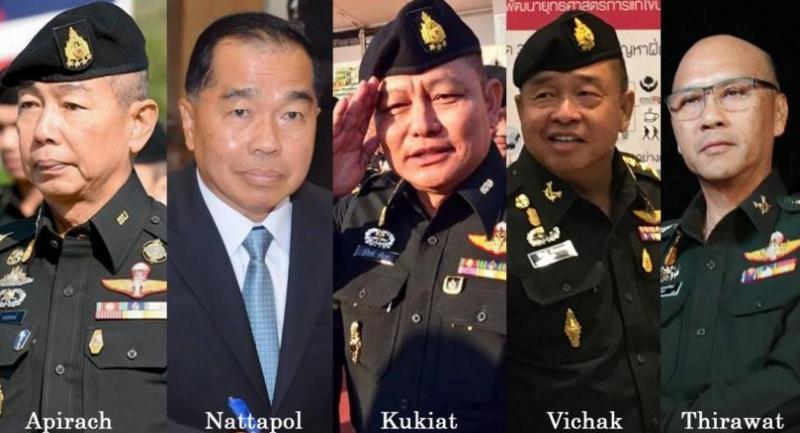 ASSISTANT ARMY chief General Apirach Kongsompong is tipped to take over as the new commander-in-chief from incumbent General Chalermchai Sittisart, who retires at the end of September.

Apirach is a graduate from Class 20 of the Armed Forces Academies Preparatory School.

The Defence Council is scheduled to convene a meeting on July 25 to discuss the lists of senior military personnel transfers submitted by the chiefs of the Armed Forces. The meeting is to be presided over by Deputy Prime Minister and Defence Minister General Prawit Wongsuwan. The appointment of commanders are to be announced before fiscal year 2018 ends on September 30.

The Army commander-in-chief is considered the most powerful position in the Thai Armed Forces. Thailand’s coups were often led by an Army chief, including the latest one in May 2014.

The position is one of the top “Five Tigers” commanders in the Army. The four other top Army commanders are the deputy Army chief, two assistant chiefs, and the chief of staff. With Apirach’s promotion, there will be changes among the holders of the remaining positions.

In addition to General Chalermchai, the commanders-in-chief of the Navy and the Air Force – Admiral Naris Pratoomsuwan and Air Chief Marshal Johm Rungswang respectively – will also retire this year.