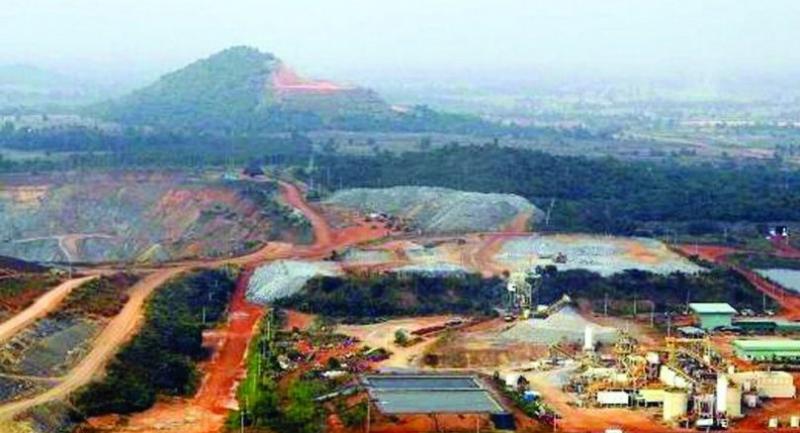 DESPITE AN official admission of heavy metal contamination, there are no plans in place for environmental restoration or measures to mitigate the health impacts on people living around Akara Resources’ gold mine in Phichit.

A committee established to resolve conflicts over public health and the environment stemming from the Chatree mine on Saturday officially confirmed that the mine’s first tailing storage facility (TSF1) was leaking water containing hazardous heavy metals.

The Pollution Control Department (PCD) and residents revealed yesterday there were still no mitigation measures in place or a plan to clean up the mess.

Area resident Thanyarat Sinthonthammathat said Naresuan University researcher Tanapon Phenrat had scientifically established there was leakage to and contamination of the groundwater in March, but nothing had been done to help the environment or reassure the affected citizens.

“Nothing has been done by either the related official agencies or the mining company to mitigate the contamination from the mine and we still have to live in a hazardous environment without any supply of clean food and water from outside the contaminated area,” Thanyarat said.

“Moreover, we have not yet received any reply to our petitions to the Prime Minister’s Office and Industry Ministry asking for the people in the affected area to be evacuated, even though we’ve been campaigned for an evacuation for three years.”

She urged the authorities to solve the problems that remain after the gold mine ceased operations, saying residents remain exposed to the contamination and some had fallen ill and even died due to the toxic heavy metals.

PCD deputy director-general Somchai Songprakob acknowledged that so far there was still no environmental restoration underway at the mine or in the contaminated area. The department was waiting for the committee’s directions, he said.

“The issue of environmental restoration is the responsibility of the committee to resolve on behalf of the Industry Ministry and local authorities,” Somchai said. “We have to wait for the official plan on this task.” He said the PCD had examined the area and taken soil and water samples.

Tags:
comfort Phichit gold mine Chatree mine No comfort