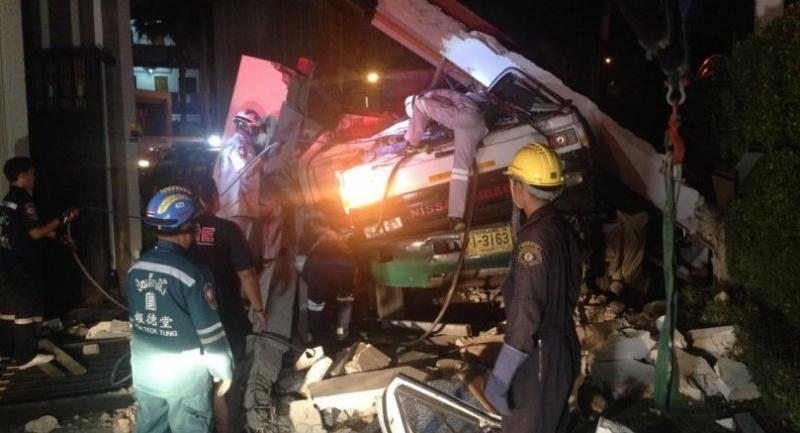 A passenger wife was killed when her husband’s parked truck ran away while he was asking directions and crashed into the arched entrance of a Bangkok housing estate early on Tuesday.

He said Phannipha Thanonyai, 23, was killed when the arched entrance of The Grand Bang Na housing estate collapsed onto the front of the truck.

Her husband, Pitipat Akkhara, 22, told police that he was delivering bricks from Saraburi to The Grand Lux housing estate, which was 200 metres away from the scene. He said he came to the wrong housing estate because their names were similar, and so he parked his truck on the bridge and got out to ask for directions to The Grand Lux from a security officer. His truck ran away down the bridge slope and hit the housing estate entrance.