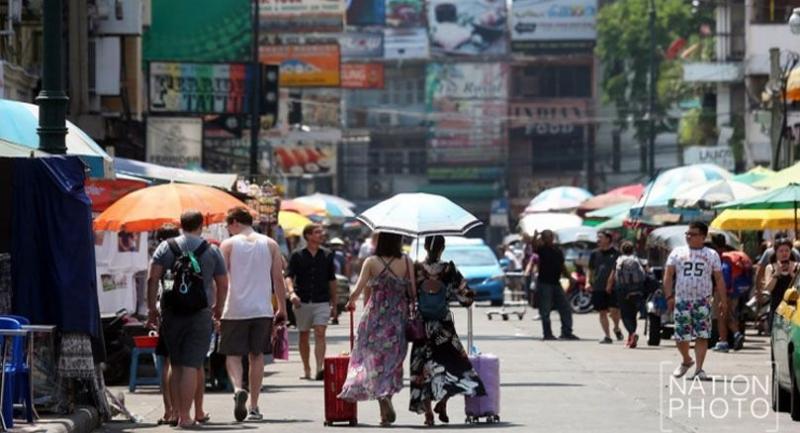 While acknowledging that the atmosphere of Khao San Road has made it a famous tourist destination, Sakoltee said order must restored.

He said vendors now begin occupying the Kaho San sidewalks at dusk, completely covering the sidewalks and forcing pedestrians to risk their safety by walking among the road traffic.

The BMA also found that the main culprit in the sidwalk encroachment are the store owners whose shops border the sidewalks, and who have expanded their shops onto the sidewalk at night.

“This act is taking advantage of the public,” Sakoltee said.

He led BMA executives to inspect the area two weeks ago and the they had agreed in a subsequent meeting to start the crackdowns at the beginning of the next month.

Sakoltee said the Phra Nakhon district office has been instructed to inform shop operators on Khao San Road to stop encroaching the sidewalks, as the city administration will start strictly enforcing the law next month.