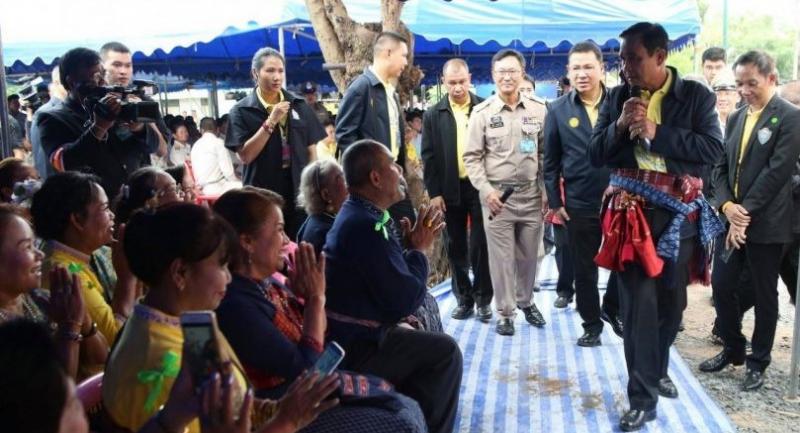 Prayut in Isan for the mobile cabinet

PRIME MINISTER Prayut Chan-o-cha yesterday insisted the mobile Cabinet visit to Ubon Ratchathani this week was to hear public opinions on the administration, despite speculation that the secret agenda of the trip was to woo former MPs.

The Prayut administration has held several mobile Cabinet meetings outside Bangkok in the past four years. But as the election draws near, the trips have become more frequent, averaging about one a month recently. The increased regularity of the meetings has led to speculation that the junta is campaigning for the next election and trying to win popularity as well as woo former MPs to join parties that support it.

In previous trips, the junta has met with local leaders and politicians to discuss issues. But, after accusations of MP poaching and other criticism, the agenda for the mobile Cabinet this month in Ubon Ratchathani, Amnat Charoen, Srisaket and Yasothorn did not include such sessions.

“I’m not here to take any offers. I’m here to listen to the people,” Prayut said yesterday in a press briefing after the weekly Cabinet meeting.

In a bid to win popularity ahead of the election, critics also said, the junta was on a spending spree, allocating trillions in taxpayers’ money to thousands of projects in the provinces. Prayut rejected the criticism yesterday.

He said the four Isaan provinces had proposed projects involving transportation, irrigation, industry, tourism and public welfare. They are reportedly worth more than Bt10 billion combined. Prayut said the government accepted the proposals and would consider how to allocate the budget.

Some of the projects already had a budget in other master plans, especially those involving logistics, he said. For other proposals, the government would look into it.

“It’s the people’s demands and the government is in charge of allocating the budget to meet them,” Prayut said. “But I don’t just want everyone to be pleased with the government. I’d rather everyone is satisfied with their participation in the administration.”