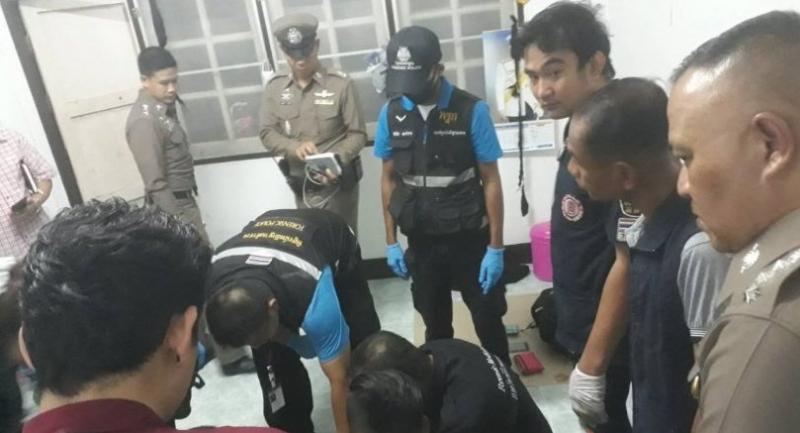 Bangkok police have launched a manhunt for a Myanmar worker after he allegedly stabbed a Myanmar woman to death in her rented room in Bang Bon district and fled with gold earrings and Bt20,000.

Sin Ma Win, 27, was found dead in her rented room on the third floor of a shophouse on Soi Bang Khun Thian 10 when her husband, So Du The, 30, returned from work.

The couple both worked at the Adda Footwear (Thailand)’s factory nearby but on different shifts. The victim returned to her room at 4pm.

The room had been ransacked and the victims' gold earrings as well as Bt20,000 in cash had disappeared. Sin Ma was found with a knife still protruding from her throat.

Their neighbour, Myangyao, 25, who works at the same factory and who lives next door, has disappeared. Myangyao’s wife however remains in their rented room and the police are now searching for him.