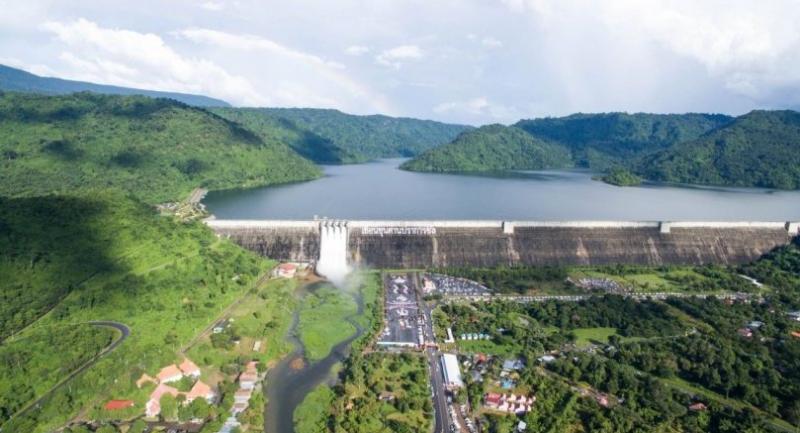 Agriculture Minister Grisada Boonrach has instructed officials to more carefully monitor river basins throughout the rainy season to guard against flooding and to make sure reservoirs and dams are in sound condition to prevent overspills.

Royal Irrigation Department (RID) chief Thongplew Kongchan in response affirmed there was no danger of a dam collapsing in Thailand.

Urging the RID to promptly make any repairs needed, Grisada on Thursday asked for round-the-clock communication between its branch offices and the Smart Water Operations Centre (SWOC) during periods of heavy rain to ensure a rapid response to dam overspills and signs of damage.

Thongplew said he had instructed branch offices to check the structural stability of 1,600 reservoirs and dams beyond their routine inspections.

Thongplew was at Khun Dan Prakan Chon Dam in Nakhon Nayok’s Pak Phli district on Thursday and said it and 25 others had instruments monitoring seepage in real-time that would instantly alert operators to any abnormality.

Officials would begin patrolling the perimeter of dams more frequently than usual and promptly repair any damage found, he said.

With RID offices connected to the SWOC around the clock, decisions on water management would be timelier, Thongplew said.

Water levels at all dams are to be kept below the “rule curve”, he said – at no more than 70 per cent of capacity – so they’re ready to handle heavy rainfall.

If the water level rises beyond that point, water must be released in such a way that the impact on people downstream is minimised, he said.

If an impact cannot be avoided, the provincial governor must be informed to warn people to move belongings to higher ground.