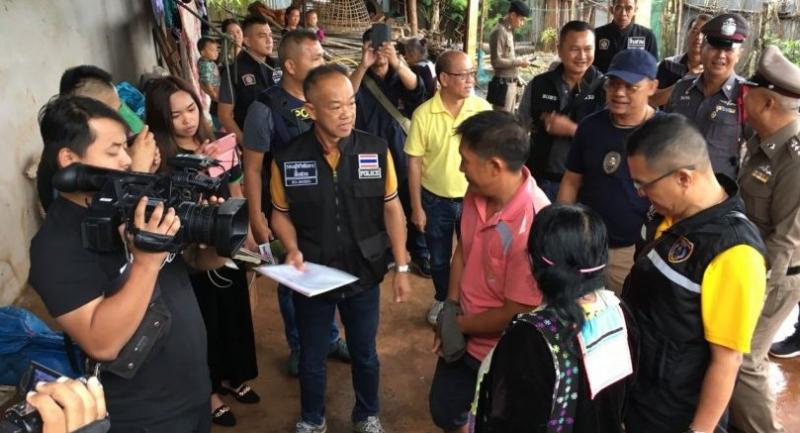 A former village headman accused of raping a 22-year-old Hmong woman and then posting a humiliating photo of the incident on Facebook – possibly triggering her suicide – was arrested in Tak on Friday morning.

Police searching the Phop Phra district home of Noppadol Nawa-ariya said he confirmed he was the man named in an arrest warrant issued by the Lampang Court the day before but denied the rape charge.

He claimed he was about to turn himself in to deny the allegation.

The alleged rape took place on July 14, after which the 22-year-old woman became depressed, though she would not say what happened.

It was only after the alleged rapist posted a photo of himself lying next to her while she was unconscious in a hotel room that she told her parents about it.

She said a former village chief had lured her to the hotel and she was sorry for embarrassing the family. On Saturday night the woman drank pesticide and was treated at Lampang Hospital, but she died on Wednesday. Atchariya on Thursday accompanied the woman’s twin sister to give evidence to police, resulting in the arrest warrant for Noppadol.

The woman’s parents, preparing for the funeral in Lampang’s Ngao district, said they were relieved the suspect was already in custody and justice could run its course.