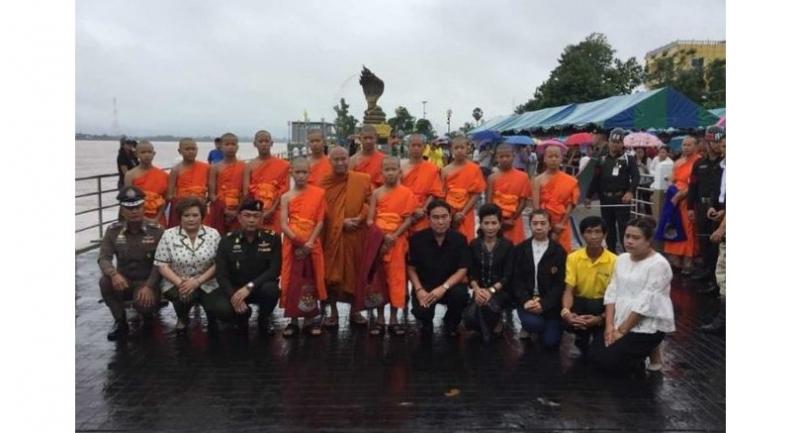 The 12 rescued Mu Pa footballers and their assistant coach, who are now in monkhood, on Sunday joined a ceremony to scatter in the river the ashes of a former Navy SEAL who died during the operation to rescue them.

Mu Pa footballer Adul Sam-on, who is a Christian, also participated in the ceremony performed in Nakhon Phanom province.

Lt-Commander Saman Kunan, 38, died in the cave on his way back after delivering oxygen tanks to the Mu Pa team who were found 10 days after they went missing on June 23 in the Tham Luang cave, in the Mae Sai district of Chiang Rai province.

Saman was the only casualty in the 17-day multinational operation to rescue the 13 footballers from the flooded cave.

Saman’s wife Valeepoan and his father Wichai as well as relatives travelled from their native province Roi Et for the ashes immersion ceremony that was also attended by senior officials and monks from Chiang Rai and Nakhon Panom.

Saman’s royally sponsored funeral was attended by hundreds of people who honoured his sacrifice.