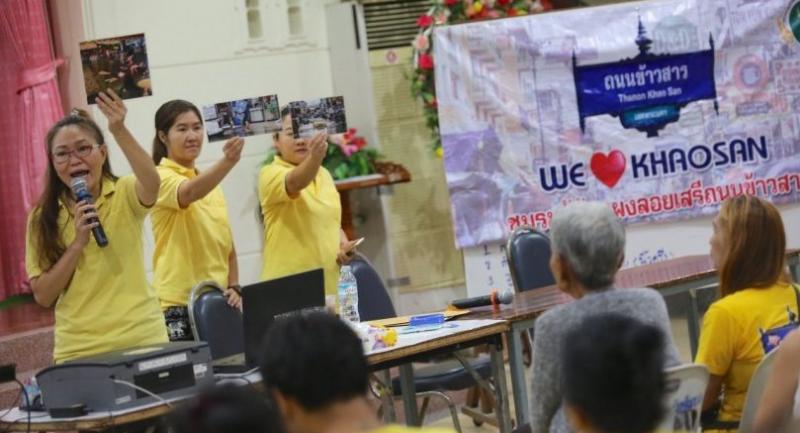 STREET VENDORS in Khaosan Road – one of Bangkok’s most famous districts – are calling on the city’s administration to cancel the ban on footpath stalls in their area.

The Bangkok Metropolitan Administration (BMA) plans to ban stalls on the hugely popular Khaosan Road footpaths from tomorrow and limit trading from 6pm to midnight. The BMA also hopes to set up zones for food, clothing, massage and miscellaneous items.

About 300 street vendors on Khaosan Road, who will suffer financially from the move, want the plan scrapped.

Speaking on condition of anonymity, a member of the association said she could not agree with the BMA plan because it would cut her income by half.

“We will not only |submit a petition to Sakoltee but we will also try to seek a meeting with him,” she said.

When the ban is implemented, street |vendors will only be allowed to operate their stalls on the road between 6pm and |midnight.

A vendor said the plan would hurt her livelihood because she normally operates her stall between 10am and 1am. “I don’t think people will feel like shopping between 6pm and midnight. It’s the hours for relaxing,” she said. If all street stalls moved off the pavement and onto the road, it would become too crowded for shoppers, she added. Yada also wondered if the BMA has talked to all relevant authorities. “What if Chanasongkram traffic police take action against us once we move our stalls to the road?” she asked.

A street vendor said her group would discuss the BMA response before planning any further moves.

“The BMA should show what preparations it has made if it is going to change the way that the lively trade on Khaosan Road is conducted,” she said.