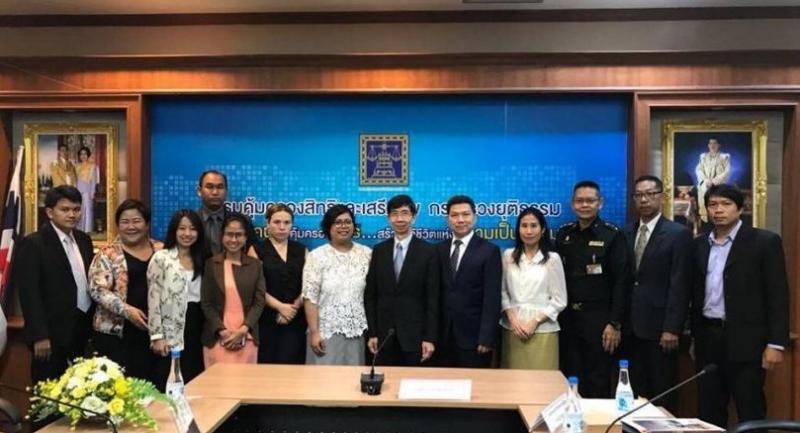 OFFICIAL GUIDELINES to prevent the torture and abuse of people in custody are being drawn up as part of a joint operation between the Thai Justice Ministry and the Association for the Prevention of Torture (APT), an international NGO.

The project aims to educate and create standards to guide law enforcers and related officers to prevent and eventually end the use of inhumane practices and torture against people who have been detained.

A memorandum of understanding for the three-year project has been signed with the Rights and Liberties Protection Department, said APT’s programme officer for Asia Pacific Shazeera Zawawi, in an exclusive interview with The Nation.

The continuing use of torture and inhumane practices in Thailand is seen by international bodies as a major stain on the country’s human rights record. Suspects, especially those involved in cases related to national security or insurgency in the South, have been tortured while in official custody.

Zawawi said despite the continuing incidence of torture, the organisation saw that many activists and some official agencies in the country were actively working to end the inhumane practice. She sees the project as a great opportunity for her organisation and other bodies to work together to help prevent and criminalise torture.

“Our main focus in the first year of this project is to build trust among the related official agencies and collect information about torture in Thailand, which will allow us to understand the current circumstance on this issue,” Zawawi said.

“We want a friendly partnership with the authorities and to develop an understanding of the situation in Thai society. Then we can come out with guidelines for officials, to reduce the risks of torture and ill treatment, especially during the first hours of custody. That has been identified by global studies as the most common period for the captives to be tortured.”

The intent of the project, Zawawi said, is to help all related officers to understand the very real drawbacks of torture, and to provide them with guidelines of good practices. By avoiding the cruel treatment of suspects, the problem could be solved at its root, she said.

Cross Cultural Foundation (CRCF) director Pornpen Khongkachonkiet said that APT is wise to collaborate with official agencies in the project. It could be an effective way to work toward the end of torture in Thailand, he said. Conflict between activists and the authorities has made it hard for domestic human rights defenders to do their work.

“The organisational culture of official Thai agencies is the main reason that officials continue to torture suspects, as lower-ranking officers have to achieve quick progress to present to their commanders,” she said.

Torturing the suspects is seen as the quick and easy way to get answers from them, she said.

“I see that working to create a good understanding with authorities and provide them with guidelines to avoid torture is a good start for reform,” said Pornpen. “But the development of official channels to report and investigate torture cases is also important in order to provide justice for the torture victims.”

A CRCF report on torture and inhumane practices in the far South provinces of Yala, Pattani and Narathiwat shows that at least 54 cases of torture were reported from 2004 to 2015.

The report also revealed that all of the torture victims were Malay ethnic male suspects in cases related to the southern insurgency. Also, all had been tortured by officials as part of their interrogation while in custody at official sites, according to the report. Zawawi said many academic studies have concluded that torture is a counter-productive interrogation method, because people tend to answer anything the interrogators want to hear to make the torture stop. The information gained from torture is thus unreliable.

“Even though Hollywood may find it sexy, we can never achieve national security and stability by torturing people,” she said. “Moreover, in a society that favours torturing, no one is safe from becoming the victim themselves.”

In the meantime, Zawawi emphasised that the close collaboration between stakeholders, including lawyers, torture victims and their families, academics and civil society organisations was equally important in understanding the realities on the ground.

“We hope that at the end of this project, officials in Thailand will shift away from their old ruthless interrogation style and adopt our new guidelines instead,” Zawawi said.

“APT will continue working with our Thai partners to ensure that our good work is not abandoned, and to further push forward the legal reform to permanently end the torture and cruel actions against detainees.”