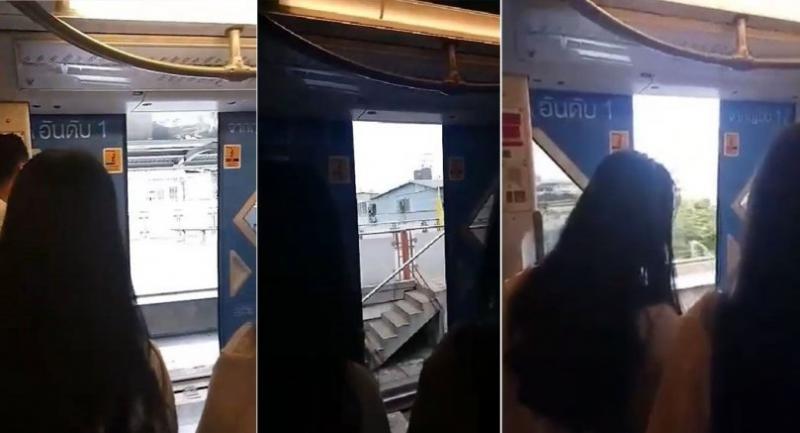 The BTS Skytrain operator has warned passengers against leaning on doors after the door of a train opened between stations on Thursday.

Bangkok Transit System plc (BTSC) announced the warning on its Twitter page on Friday in response to a Facebook post on a page that monitors glitches on the Skytrain service, "Wan Nee BTS Pen Arai (What's Happenning to BTS Today)".

The post said the door opened on a train that was approaching Saphan Khwai station and a passenger rang an alarm to notify officials.

BTSC said on @BTS_SkyTrain Twitter page that the incident happened at 7.30am on Thursday on train No 14.

BTSC said the door had a glitch and opened after it left the Mo Chit station but officials stopped the train and solved the problem at the next station, Saphan Khwai.

The Twitter message advised passengers against leaning on the doors and advised them to ring an alarm or send an alert to the Twitter page.