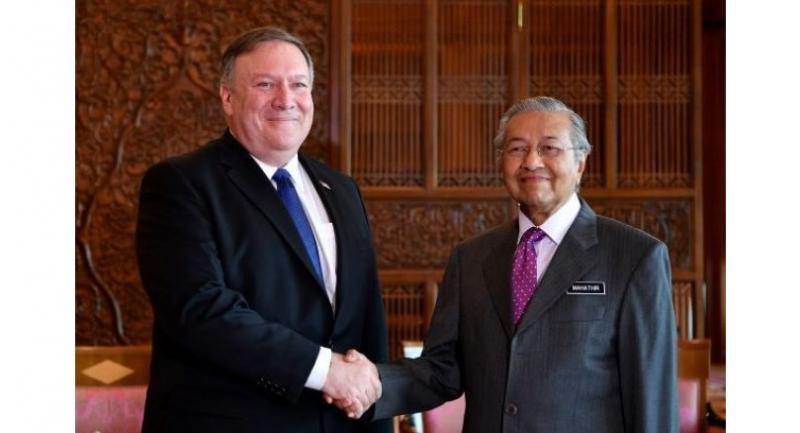 During the 30-minute meeting at Perdana Putra here, Pompeo also took the opportunity to congratulate Dr Mahathir for his stunning May general election victory.

Pompeo, who arrived at 9am, was accompanied by United States Ambassador to Malaysia Kamala Shirin Lakhdhir.

Pompeo arrived in Malaysia on Thursday to kick off his five-day tour to three South-East Asian countries.

He is heading to Singapore immediately after meeting Dr Mahathir for the Asean Foreign Ministers' Meeting.

"The visit provides a great opportunity for both Malaysia and the United States of America to discuss a wide range of bilateral, regional and international issues of mutual interest," said a Wisma Putra statement.

The United States established diplomatic ties with Malaysia in 1957 following the then Malaya's independence from the United Kingdom.

Washington and Kuala Lumpur elevated bilateral relations to a Comprehensive Partnership in April 2014.