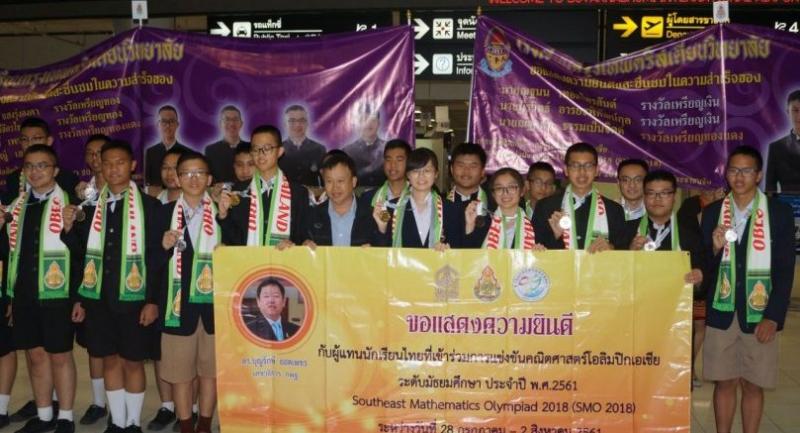 He said he surprised himself by being able to answer all eight of the tough questions presented to the students in two sets over the two days of the contest.

“I was feeling a lot of pressure because I was afraid I wouldn’t make it,” he said. The Chinese students were the most intimidating contenders because they were so well prepared and determined to win, Phichayuth said.

Silver medallist Rinnara Saengpisit, also 16, is in Mathayom 5 at Triam Udom Suksa School and said the last question post each day was the trickiest.

The question was formulated in Mandarin and foreign contestants received English translations. The Thais were allowed to answer in Thai, through a translator.

“I managed to get through thanks to my family’s moral supporty and the training I got at school,” she said.

Natchanon Sarathana, another silver medallist and again 16, attends Matthayom 4 at Rayong Wittayakhom School. He said he was proud to represent the country and thanked the Basic Education Office for the opportunity.

“Next time I’ll do better,” he said. “I’ll keep training and be more focused so I get a gold next time.”

Now in its 15th year, the Math Olympiad drew 1,285 high-school students this year, from Macau, the Philippines, Thailand, Indonesia and China.