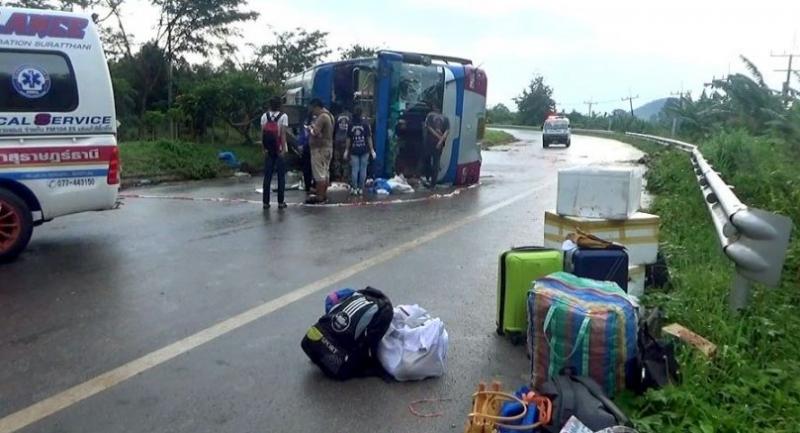 By Suwannee Bundisak
The Nation

Fifteen passengers were slightly injured when their Bangkok-Phuket bus lost control at a curve due to the slippery road surface and overturned early on Sunday in Surat Thani province.

Following an accident report at 4.30am, police and rescue workers rushed to the Surat Thani-Takua Pa Road 45km marker in Tambon Band Tham Neab in Khiri Ratthanikhom district. They found the 32-seater bus lying on its side on the road island. Passengers who were slightly injured were sent to a local hospital.

Bus driver Uthai Somkantha, 30, told police that his bus carrying a total of 29 people, including him, had left the Southern Bus Terminal in Bangkok at 7.15pm on Saturday night for Phuket. Along the way there were heavy rains and he lost control of the vehicle at a curve resulting in the accident.