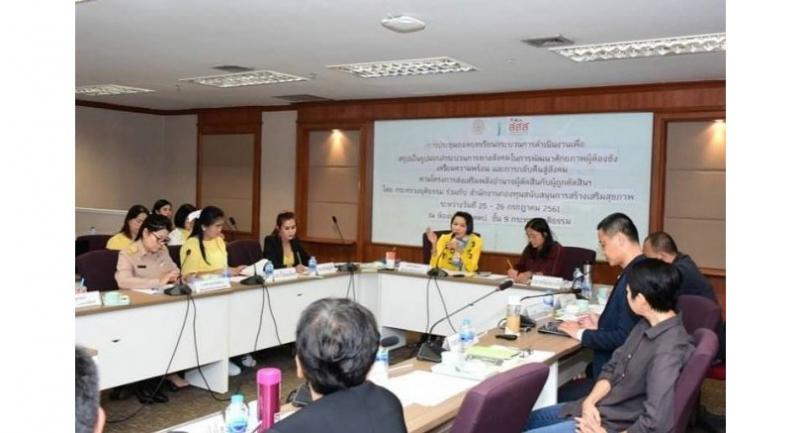 A project is in the pipeline to train soon-to-be-released and newly released inmates to become arborists so they have better shot at getting a career and becoming socially reintegrated.

This idea was proposed to the Office of the Affairs and Projects under HRH Princess Bajrakitiyabha’s Initiatives by Santi Opaspakornkij, coordinator for BIG Trees, a Bangkok-based conservation group famous for its tree conservation efforts.

While tabling the idea at a Justice Ministry seminar on July 25-26, Santi said his group would provide six-day training sessions at correctional facilities that have greenery so inmates get hands-on experience. His group will also arrange a six-day workshop at the 30-rai park in Thammasat University’s Rangsit Campus. The park was built to mark the 100th birthday anniversary of late university rector Puey Ungpakorn.

Santi pointed out that Thailand needs more than 10,000 skilled arbortists to meet demands made by the Bangkok Metropolitan Administration and many universities.

Jirapa Sinthunava, director of the Office of the Affairs and Projects, lauded the plan saying it could immediately be implemented for soon-to-be-released inmates at Chiang Rai’s Doi Hang and Trat’s Khao Rakham remand prisons as both places had plenty of trees. Meanwhile, the office will coordinate with the Corrections Department, via its “Kamlangjai” project, to further discuss the implementation of the plan.

The office oversees the “Kamlangjai” or “Inspire” project, under the Royal initiative of HRH Princess Bajrakitiyabha, which was launched to reach out to incarcerated Thai women by providing special health, pregnancy and childcare services that are normally not available in prisons. Its vocational programmes also equip these women with skills required to find employment once they are released.