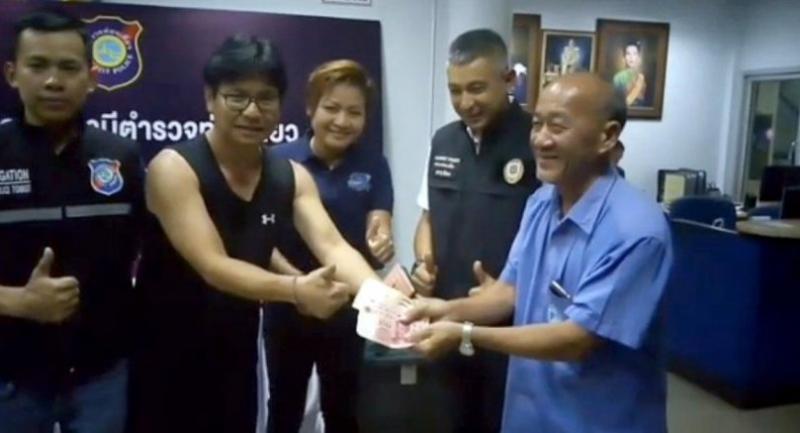 A taxi driver contacted Pattaya police to return a wallet containing Bt28,300 in cash and a diamond ring to a Chinese tourist on Sunday night.

Chen Mingxin, 45, was so delighted to get back his wallet, credit cards and other belongings that he gave the driver a Bt2,000 reward in gratitude.

The driver, Jumpol Sahaya, 60, went to Pattaya police station at 11pm and told them that a Chinese tourist had left his wallet on the back seat of his taxi.

Jumpol said he had taken the man to an entertainment venue in North Pattaya road. Later, he picked up two foreign women in Beach Road and when they arrived in South Pattaya, the women handed over the wallet, saying they had found it on the back seat.

Police quickly located the Chinese man and duly handed back his wallet … and reward.