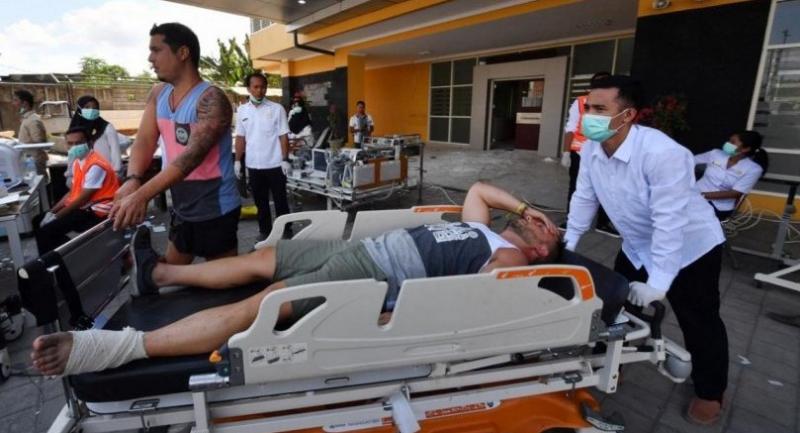 The National Search and Rescue Agency (Basarnas) has been evacuating nearly 1,000 foreign and local tourists from the popular three Gili islands in Lombok, West Nusa Tenggara (NTB), following a magnitude 7 earthquake that hit the region on Sunday evening.

Through Twitter account @humas_basarnas, the agency reported that a total of 358 tourists – comprising 148 foreign visitors and 210 local visitors – had been evacuated to Bangsal port in the northern part of Lombok Island as of 11:15 a.m. on Monday. One of the local visitors died in the disaster.

"The evacuation process is being carried out in stages using inflatable boats to bigger ships," the Basarnas' account tweeted.

National Disaster Mitigation Agency (BNPB) spokesman Sutopo Purwo Nugroho said an estimated 1,000 tourists were still waiting to be evacuated from the three islands, namely Gili Trawangan, Gili Air and Gili Meno. Through his Twitter account he shared a video on the process of evacuation in one of the islands, but he did not specify which island.

A magnitude 7 earthquake rocked Lombok on Sunday evening, leaving 91 people dead, more than 200 others injured and thousands of buildings demolished.