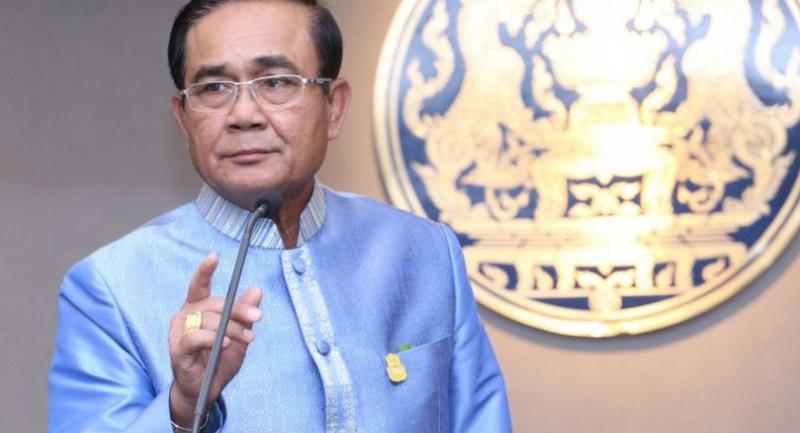 Prime Minister Prayut Chan-o-cha on Tuesday defended a move by legislators seeking an amendment to the Election Commission (EC) law regarding the selection of election inspectors.

He said the move was not an interference in the independent organisation or aimed at blocking the ongoing appointment of election inspectors by the outgoing EC members.

However, the chief drafter of the charter viewed the matter differently.

Meechai Ruchupan, chairman of the Constitution Drafting Commission, on Tuesday criticised the National Legislative Assembly (NLA) for “meddling” with the power of the current EC regarding the appointment of election inspectors.

The motion seeking an amendment to the EC law is supported by 35 members of the NLA. Supporters of the motion had maintained that the present EC should wait for their successors to carry out the appointment of election inspectors.

Election commissioners, however, argued that they needed to start the selection and appointment process in time for the next general election.

General Prayut said on Tuesday that he thought the NLA move was aimed at allowing the current EC members and their successors to cooperate in selecting election inspectors.

“I didn’t see any attempt to block anything. And there has been no interference in any independent organisation,” he said.

Prayut, who also heads the ruling junta National Council for Peace and Order, called for respect for the new set of EC members who are going to replace the current office holders soon.

“We have to let these two groups of people discuss between them what should be done,” he added.

The five newly endorsed election commissioners last week elected their president, but their appointment requires royal endorsement before they can start performing their duties.

Meechai said on Tuesday that the current EC had started appointing provincial election inspectors in line with its power stated in the EC law.

He noted that this organic law for the new Constitution had been “revised the most” by the NLA from the original version drafted by his panel.

The chief charter-writer said the legislation’s intent was for election inspectors to assist the EC in ensuring that elections are held in accordance with the electoral law.

Meechai said the current EC had begun the selection process in order to get election inspectors in place in time for the next election.

He added that the new EC may revise or review some appointments as its members see fit.

“I don’t think there is a need for law amendments,” he said.

Election inspectors, for every one of the provinces, have the main duty of checking for possible violations of the electoral law, warning officials failing to follow the rules, and reporting to the EC about law violations and acts that prevent a free and fair election.

The EC has announced a list of 616 election inspectors selected for all 77 provinces.

The agency’s secretary-general, Jarungvith Phumma, said on Tuesday that no formal appointments had been made as the selected inspectors first needed to undergo background checks.

The final list of appointed inspectors will be announced early next month, he added.