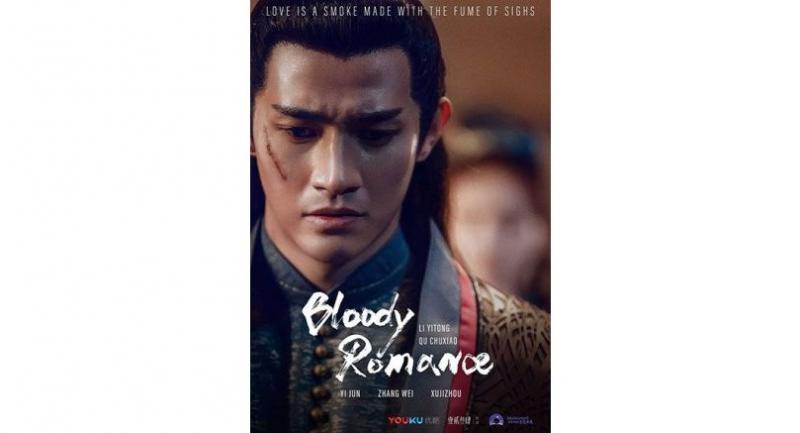 Bloody Romance, a popular online TV series produced by the streaming giant Youku, will make a foray into 13 foreign countries, across six continents, according to a statement recently released by the show's distributors.

The series — which debuted on Youku on July 24 — was adapted from the hit online novel of the same title.

Penned by novelist Banming Banmei, the story takes place during a turbulent era in ancient China's history. Trained as an assassin in the fictional town of Guihua, the protagonist, Wan Mei, a young beautiful woman, teams up with her devoted aide, Yingzi, to survive a series of conflicts and conspiracies. It's the latest Chinese series to promote a strong female lead character, with distinct feminist overtones —a trend which is proving popular amongst female audiences.

The series will be broadcast in Japan, Thailand, Vietnam, Myanmar, Cambodia, Indonesia, Mauritius, Italy, the United Kingdom, Spain, Turkey, Mexico and the United States — a new high for the overseas broadcast of a Chinese online series.

Banming Banmei adapted his novel for the screen, while Xu Jizhou, known for directing the crime thriller, The Liquidator, is executive producer. Additionally, the series is choreographed by Guo Yong, perhaps best known for his work on the fantasy epic, The Monkey King 2.

Actress, Li Yitong, who plays the lead role and also sings one of the theme songs, is joined by actors, Qu Chuxiao and Wang Duo.