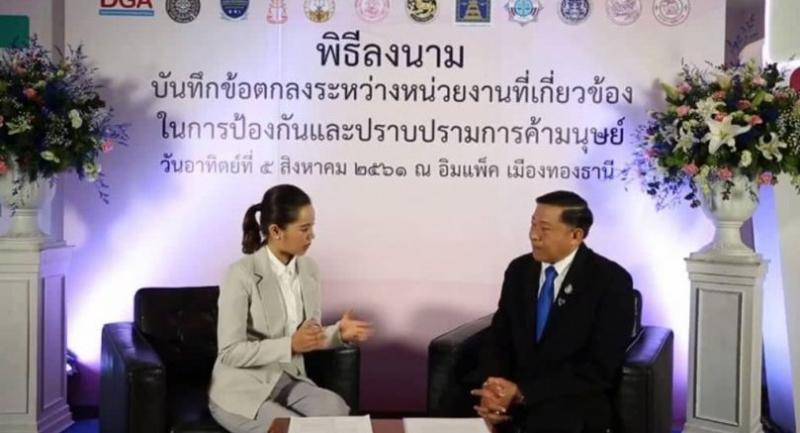 Ten state agencies have come together officially this week to improve a database on the legal execution of human trafficking cases and victim information in a bid to boost the country's prevention and suppression of the crime.

The memorandum of understanding signing ceremony was organised on Sunday during the Thailand Social Expo 2018 at Nonthaburi's Impact Muang Thong Thani convention centre for co-operation among the 10 agencies.

Pol Gen Chatchawal Suksomjit, human trafficking buster, said the move would boost capacity and completion of the existing database on traffickers and on aid to victims. That database was established in 2015 and was originally shared among the MSDHS, RTP, DSI and the Office of the Attorney General.

Faster information processing and better IT work integration among agencies, which would be helpful for case investigation and prosecution, was also required.

It would also be useful for studies to analyse route and pattern of human trafficking so the original, transit and destination countries could better prevent and tackle the crimes, he added.