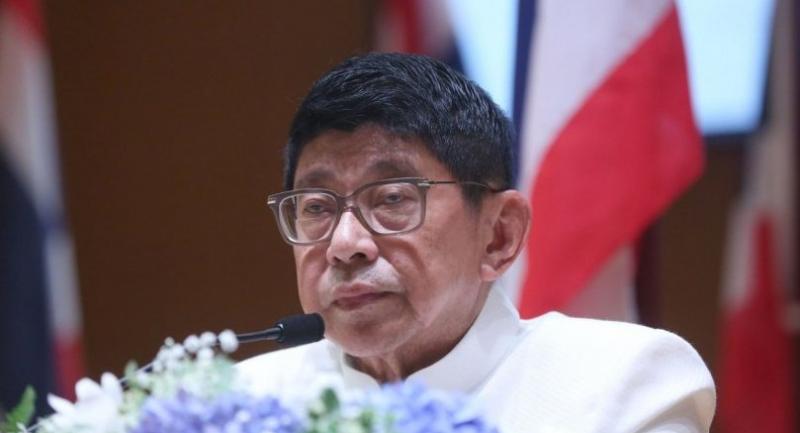 A move by legislators seeking to amend the Election Commission (EC) law is unlikely to result in further postponement of the general election but may affect the selection of senators, Deputy Prime Minister Wissanu Krea-ngam said on Wednesday.

He allayed fears that amendment to the law could further delay the next election, which is now expected to be held early next year.

“The timeframe for the election is stated in the Constitution. No law can postpone it,” said Wissanu, who is in charge of the government’s legal affairs.

However, he said that the selection of Senate members could be affected as the process would have to start as soon as new legislation on the Upper House’s structure takes effect.

He noted that amending a law was a time-consuming process and he wondered if the proposed amendment would be completed in time for the senatorial selection.

“I think there could be some problem,” Wissanu said when asked if he expected any impact from the amendment.

The law on the Senate’s structure is expected to be effective around mid-September.

As part of the selection of 250 senators, the EC is required by the Constitution to hold an election among senatorial applicants to get a shortlist of 200 candidates.

The ruling National Council for Peace and Order (NCPO) is empowered to appoint 50 senators from the shortlisted candidates. Of the remaining 200 senators, 194 will be appointed by the NCPO from 400 candidates nominated by a selection committee, and six others are military and police commanders.

A group of 36 National Legislative Assembly (NLA) members are seeking an amendment to the EC law regarding the appointment of election inspectors. The move came after the outgoing EC members started the selection of 616 election inspectors for all 77 provinces.

Supporters of the motion maintained that the present EC should wait for their successors to complete the appointment of election inspectors. But election commissioners argued that they needed to start the selection and appointment process in time for the next election.

Election inspectors have the main duty of checking for possible violations of the electoral law, warning officials failing to follow the rules, and reporting to the EC about violations and acts that prevent a free and fair election.

They are also required to work when senatorial applicants elect candidates for the Upper House among them.

Wissanu said on Wednesday that he expected to discuss with new EC members about legal problems regarding the constitutional requirement for political parties to hold primary voting for their members to select election candidates.

He said the discussion could be held even before the new election commissioners’ appointment got royal endorsement.

Five out of seven EC members nominated were recently endorsed by the NLA. The five newly endorsed election commissioners last week elected their president, but their appointment requires royal endorsement before they can start performing their duties.

Political parties have been restricted by a junta ban on activities from making preparations for primary voting, such as recruiting enough party members in every province.