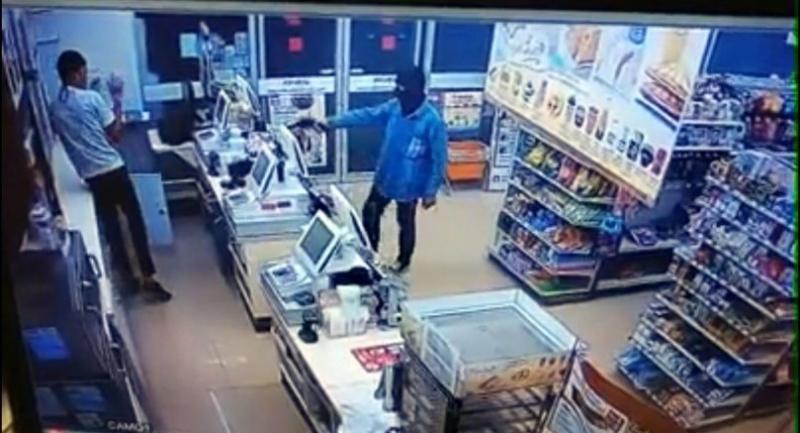 A gunman robbed two 7-Eleven shops in Loei's Wang Saphung district in a 10-minute window and made off with Bt23,000 in cash, police said.

Policer said the robber, who covered his face with a knitted face mask, came into the first shop in front of the Wang Saphung Hospital at 4:30am and used a gun to force a male employee to hand him Bt19,000 in cash. About 10 minutes later, the same gunman was seen by a security camera at a nearby 7-Eleven in a petrol station forcing a female staff member to hand him Bt4,000.