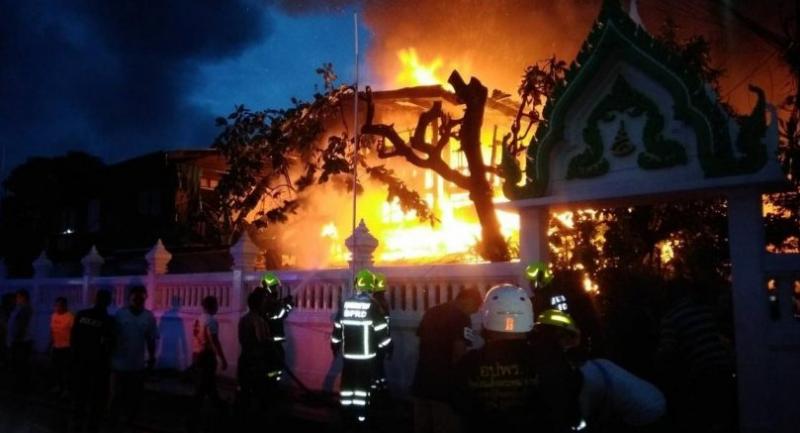 There have been no reports of casualties in the fire that broke out at the Wat Sangkrajai community in Wat Tha Phra sub-district. Ten fire engines took about half-an-hour to extinguish the blaze.

The community is located behind Wat Sangkrajai and the houses were mostly made of wood. Police had to block traffic on Soi Phetchakasem 4 where the community is located, resulting in traffic congestion on Phetchakasem Road from the front of the soi to Tha Phra Intersection.

The soi is a shortcut to Isaraparp Road, to avoid traffic on Phetchakasem Road.

Police have yet to determine the cause of the fire.