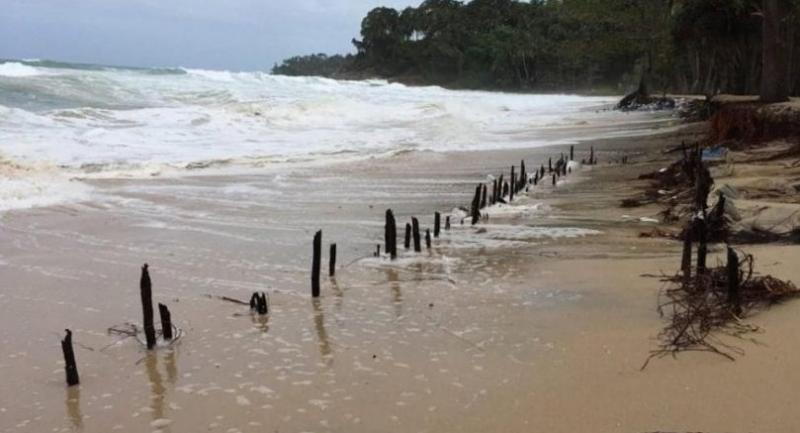 Phuket’s west coast was pounded by huge waves on Sunday morning, with a mid-morning high tide, 30-kilometre winds and southwest monsoonal waves washing away parts of some of the island’s most popular beaches.

“The exposed remnants of the old wooden sea wall are creating a hazard for beachgoers,” an ISLA spokesperson said.

Kata Beach, meanwhile, almost vanished under the waves and surf.

Fortunately, the winds are expected to abate this week.