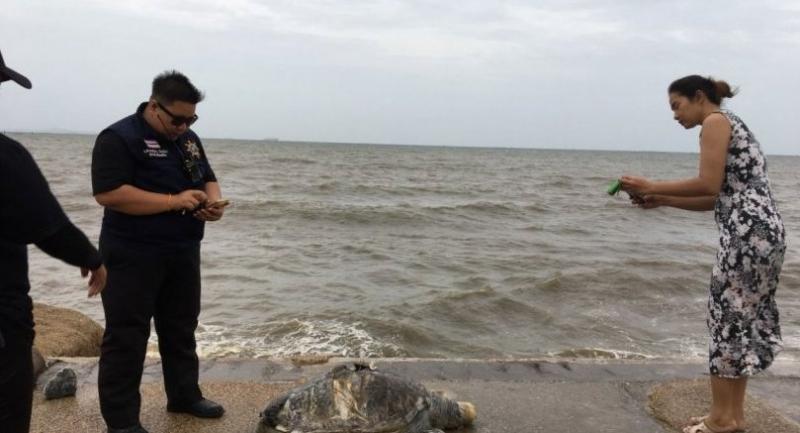 The carcass of a 10-year-old green turtle was washed ashore at Won Napa Beach in Tambon Saen Suk, in Chon Buri’s Mueang district, on Monday morning.

Following the discovery of the turtle at 6am near a beachside restaurant, the Krua Kho Khao, municipality official Anutchida Pimpa went to initially inspect the 50-kilogram decomposing creature, whose shell had sustained a severe wound that might have been caused by a boat's propeller blade.

She said her team would pass the carcass on to the relevant agency to probe the cause of death later.