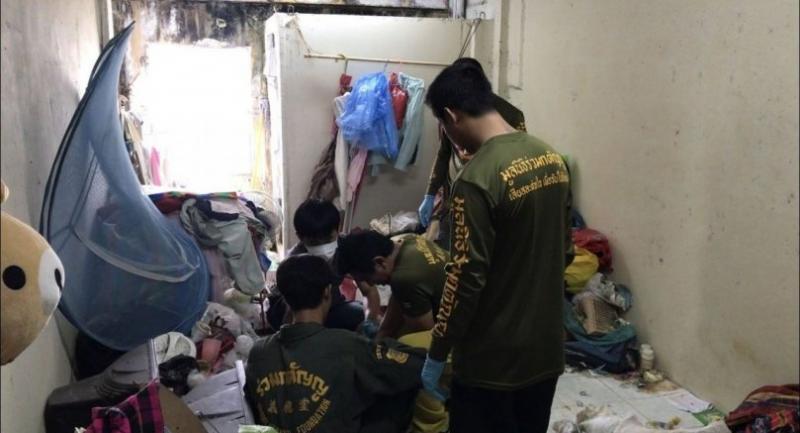 Following a report of what seemed like the strong smell of a decomposed body coming from a third-floor room in Soi Wat Sri Wareenoi in Tambon Sisa Jorakhe Yai at 9.30am, Pol Captain Theeradech Udonteerasakul of the local precinct went to inspect the scene along with rescue workers.

They found the decomposed body of tenant Sawai Sornsri, 45, from Si Sa Ket in the room.

She had grown many plants besides the bed, and it was suspected that she had died at least three days before the discovery of the body.

No wounds were found on her body, which was then sent to hospital for autopsy to determine the cause of death, Theeradech said.

Police suspect that she may have died due to a combination of the plants producing a large amount of carbon dioxide and the fact that she had apparently been a regular drinker, which would increase the risk of acute heart attack, he added.