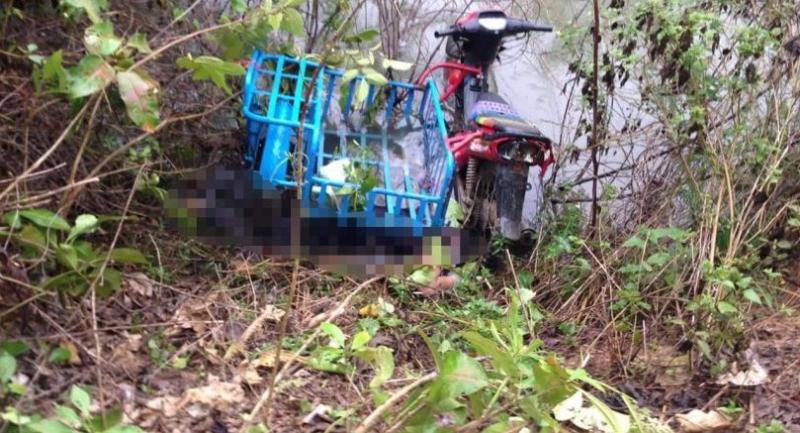 A Phayao woman who disappeared from her home on Monday evening was found drowned the next morning in a roadside ditch, pinned beneath her motorcycle sidecar.

Relatives searched in vain for Baisee Chartnafai, 49, during the night, only to be informed at 8am by the village head of Ban Jam Kai that she’d been found dead.

The body was discovered in a ditch at the side of Ban Tham-Jam Kai Road in Moo 4, Tambon Dok Kham Tai, Dok Kham Tai district.

The ditch was waist-deep in water.

A post-mortem was to be conducted at Dok Kham Tai Hospital.