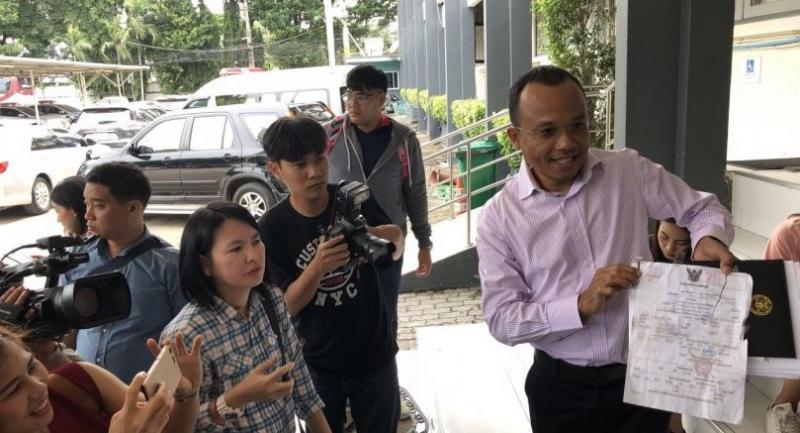 Former deputy commerce minister Pol Lt-Colonel Banyin Tangpakorn said he did not answer a summons to appear at the Crime Suppression Division (CSD) in Bangkok on Tuesday on money-laundering charges because he wanted to keep his bail valid.

Banyin is to report to Phra Khanong Court today in relation to charges of allegedly colluding in the premeditated killing of billionaire Chuwong Saetang in a 2015 car accident.

Banyin said he does not intend to avoid acknowledging the money-laundering charge and he expected police to issue another summons for him to report at a later date.

Kantana’s lawyer Seksan Senachu, asked for CSD’s permission to respond to the money-laundering charges on August 28 instead. She had just received the summons, which had been sent to a house where she had not lived for some time, and needed time to gather documents, Seksan said.

Uracha also had asked the CSD officers to be allowed to meet them today.

In addition to the murder trial, Banyin is facing another trial, along with Kantana and Uracha, on charges of faking documents to claim more than Bt300 million worth of shares belonging to Chuwong, which were transferred to the women days before his death.

Construction tycoon Chuwong, 50, was found dead in the front passenger seat of a car driven by the uninjured Banyin after it hit a roadside tree in Bangkok’s Prawet district on June 26, 2015.

Despite Banyin’s claim the man died in the crash, Chuwong’s relatives’ have laid a complaint that the death was suspicious, given that his multi-million-baht shares had been transferred to the two women just days before his death.