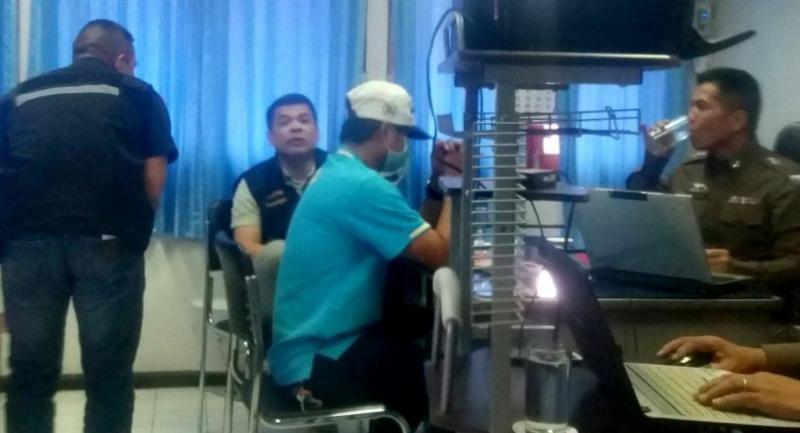 A BANK official in the central province of Phetchabun on Tuesday admitted that he had lied about a stranger videotaping him having sex with his girlfriend – and in fact had recorded the episode himself.

The 34-year-old man admitted to officers that he had set up a camera to record the scene himself in order to sell them, according to Pol Colonel Srithanon Ruanmool, superintendent of the Muang Phetchabun police.

The man’s complaint  on Tuesday morning had led to a police search of the hotel, while its owner kept insisting her resort had not installed any camera, nor been involved in any wrongdoing and had urged police to check the clips thoroughly to be sure of their authenticity.

During further questioning, however, the bank official admitted he had recorded the video clips himself in the hope of making money from them.

By that stage police were already seeking his “accomplices” in the online pornographic industry.

After being told that the clips were available for purchase through a secret group chat, Anti-Human Traffic Division 4 deputy superintendent Pol Lt-Colonel Sitthinan Sitthikamjorn said officers would investigate those individuals, as well as the places involved in the sex clips, as this constituted an attempt to make money out of prostitution. As part of the bank employee’s initial complaint to police, he claimed to have asked those who posted the clips to stop and remove them but, he said, they just threatened to post more, while his inquiry with the resort had just led to the management denying responsibility.

The complaint led police to search the resort at 3pm, while the resort owner, whose name was withheld, insisted on her and her employees’ innocence.

She said her place had not installed cameras and it was highly unlikely the employees -– mostly “low-tech” and trustworthy elderly people – would do what they had been accused of.

The owner said she thought the previous phone call, in which her resort had been accused of recording sex clips, was a trick by an extortionist, so she also notified police about it.

She also threatened that if the videos turned out to have been recorded at a different establishment, she would consider filing a counter-complaint with police over the damage to her business’s reputation.

Siriwat also warned against sharing pornographic images and clips that had been illegally obtained and published.

Such actions, he said, did not only break the law, they also had the potential to traumatise their victims, many of whom become suicidal, and their families.