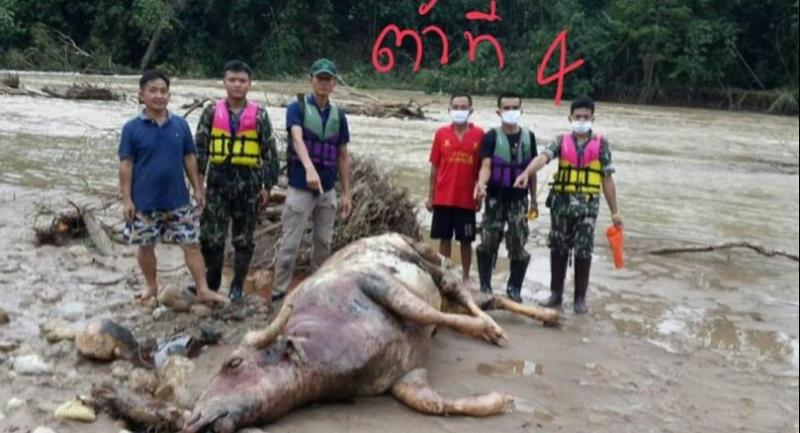 Two more bloated carcasses of gaurs were found in Kanchanaburi's Sangkhlaburi on Thursday, bringing the total number of gaurs found dead near the Thung Yai Naresuan Wildlife Sanctuary to six.

Officials of the wildlife sanctuary, officials from the Khao Laem National Park, troops and border patrol police checked along the Huay Rundee creek on Thursday and found the bloated carcasses.

It is believed they died about five days before they were found.

The officials checked upstream after villagers found four bloated carcasses along the creek in Moo 2 village in Tambon Laivo on Wednesday.

None of the carcasses had gunshot wounds so officials believed the six gaurs were washed off the mountain into the creek by water run-off and drowned.