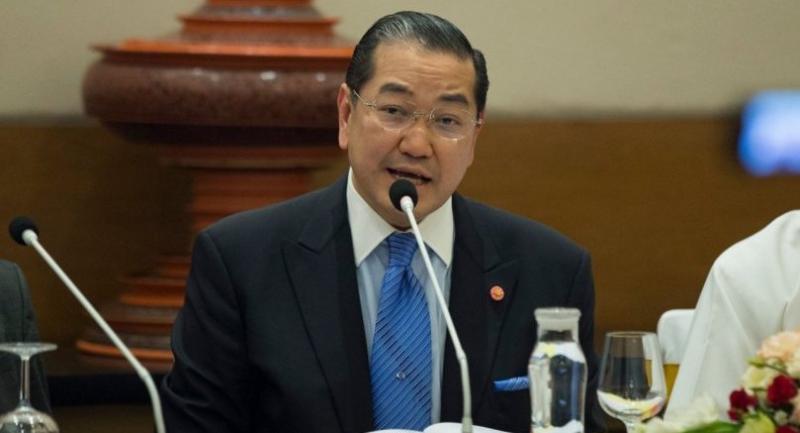 Myanmar says the advisory board headed by former Thai foreign minister Surakiart Sathirathai has submitted its final report on the Rohingya crisis, suggesting the probe has been axed.

When it was formed at the end of last year, it was announced that the advisory board of five international and five Burmese members would have a term of one year, with the possibility of a renewal.

The other international members were Lord Ara Darzi of the United Kingdom, Urban Ahlin of Sweden and Roelf Meyer of South Africa. Another member, Bill Richardson of the United States, resigned after the first meeting of the board in protest against State Counsellor Aung San Suu Kyi Kyi’s handling of the Rohingya humanitarian crisis.

Some members of the advisory board will remain engaged, including in inter-communal dialogue, the pilot project for a model township and assistance to the health sector in Rakhine State, the statement said.

When the board held its third meeting in Nay Pyi Taw in mid-July, it was expected to submit a half-term report.

The report was not finalised for submission, due primarily to the resignation a few days earlier of its main drafter, former Thai ambassador Kobsak Chutikul.

Questions are being asked about what the report contained, amid suggestions that much work was needed in the repatriation and resettlement of Rohingya Muslims.

Some commentators said the report will validate the charge of "whitewash" directed at the board from Richardson, a former US energy secretary.

Another question concerns what is to be the status of the 88 recommendations contained in the Kofi Annan Commission report submitted in August 2017.

The Surakiart board was tasked to advise on the implementation of the recommendations.

The Burmese implementation committee headed by Social Welfare Minister Win Myat Aye declared that 80 out of the 88 recommendations has been implemented, with the remainder dealing with issues like citizenship requiring more time.

The international community has consistently called for the "full implementation" of the recommendations.

The UN Security Council is scheduled on August 28 to debate the issues and hear a report from UN Secretary-General Antonio Guterres.

Also present in Nay Pyi Taw is the new body established a couple of weeks ago, the Commission of Enquiry, headed by former Philippine undersecretary for foreign affairs, Rosario Manalo.

It was apparently engaged in working out terms of reference, funding and secretarial support structure.

Kobsak said the decision of Nay Pyi Taw to wind down the advisory board was understandable. Having too many bodies could pose administrative burdens and any overlapping mandates would be unhelpful and counterproductive, he said.

The Richardson Centre in Washington tweeted that after just seven months with no improvement in Rakhine State, the advisory board has been wrapped up.

It said Richardson stands by his original resignation letter in January in which he expressed alarm at the lack of sincerity by Nay Pyi Taw on the "critical issue" of citizenship and the "cheerleading squad" nature of the advisory board.

Richardson blamed the board chairman, Surakiart, whom he accused of "not genuinely committed to implementing" the Annan recommendations, and of "a general desire to avoid real issues."

One outstanding matter appears to be whether the funds transferred by Nay Pyi Taw to the advisory board secretariat in Bangkok will be returned.

Sources say that some Bt3 million remains unspent and no requirement for accounting was made by Burmese officials.

It is thought that the transferred funds came from donations meant for Rohingya assistance.