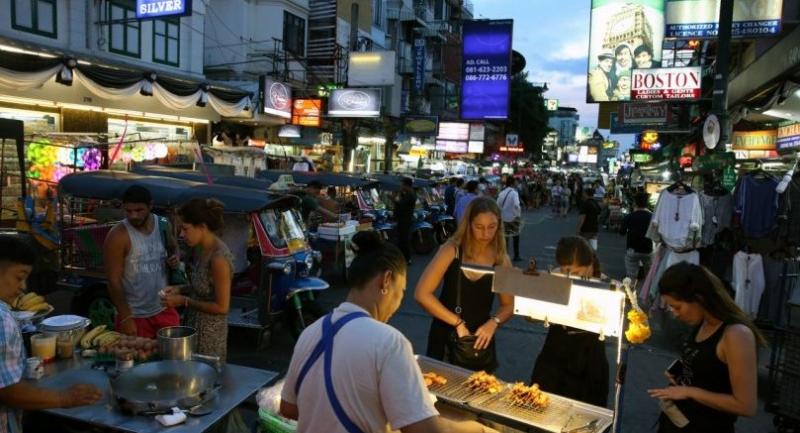 Khaosan Road vendors will resort to “civil disobedience” from Monday if Bangkok authorities do not allow them to sell their wares during daylight hours, a leader of the Khaosan Road Street Vendors Association said.

“We will defy the order and set our stalls up at the usual time,” Yada Pornpetrumpa said.

The vendors are also planning to march to the capital’s City Hall at around 11.30am on Monday to seek permission to sell their wares during the day.

The Bangkok Metropolitan Administration (BMA) banned street vendors from trading during daytime since August 1. Though the BMA is coming up with a new regulation to allow trading from 4pm to midnight, vendors at present can only conduct their business from 6pm.

This time limit has meant a huge drop in income for daytime traders, largely because they have to hand their stalls over at 8pm to vendors who sell at night, Yada explained.

According to the 1992 Public Cleanliness and Orderliness Act, vending on the street is illegal. However, since Khaosan Road is known the world over for its vibrant street market, the City Hall decided to draft a municipal order allowing vendors to take over the Khaosan Road footpaths from 4pm to midnight.

Khaosan vendors, however, said this order would cripple vendors who make a living by selling trinkets to backpackers and Chinese tourists during the daytime.