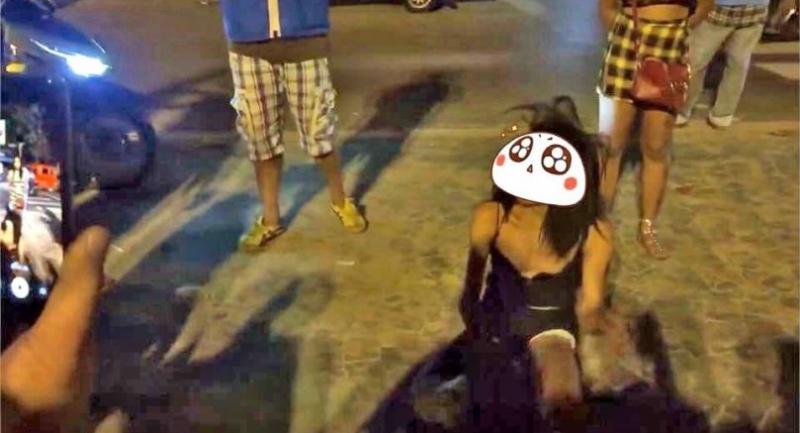 A lady boy was taken to Patong police station after being caught by tuk-tuk and taxi drivers for allegedly stealing tourists’ wallets on Bangla Road early on Monday.

At about 5am in the morning, the drivers helped catch the lady boy, whom they said had been been robbing Czech tourists of their wallets while they were walking.

Patong police and tourist police were called to the scene.

Witnesses said that the individual had preyed on drunk, early-morning stragglers along the tourist strip many times before.

They said they had warned her many times, but she had kept doing it.

One witness claimed that there were “teams” of lady boys who finished their work at entertainment venues and then tried to prey on drunk tourists.

“Sometimes they have taken male tourists who are drunk back to their room and stolen tourists’ property. This behavior has damaged Patong tourism a lot,” the witness said.