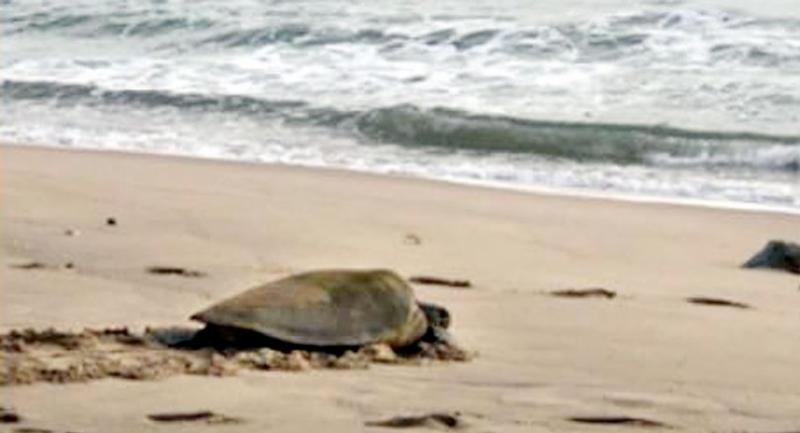 A sea turtle was pictured laying a clutch of eggs at Nai Thon Beach on Sunday.

The Department of Marine and Coastal Resources (DMCR) on Monday reported that a one-metre-long green turtle had laid its eggs on the beach in front of the Trisara Hotel. Four more nests were also found nearby, but none of the eggs had been laid over the weekend.

The eggs have not been moved as officials want them to be hatched in a natural environment, in their own time.

The hotel has been asked to move beach chairs away from the area in order to allow turtles to come up onto the beach to lay more eggs.

The hotel has also been asked not to spotlight the beach, and to avoid night-time activity on it. DMCR officials are taking care of the eggs on the beach and keeping in touch with the hotel.

DMCR information indicates that 2008 was the last year that turtles were found to have laid eggs on Nai Thon Beach.

That year, hundreds of baby turtles were hatched on the beach from three nests.